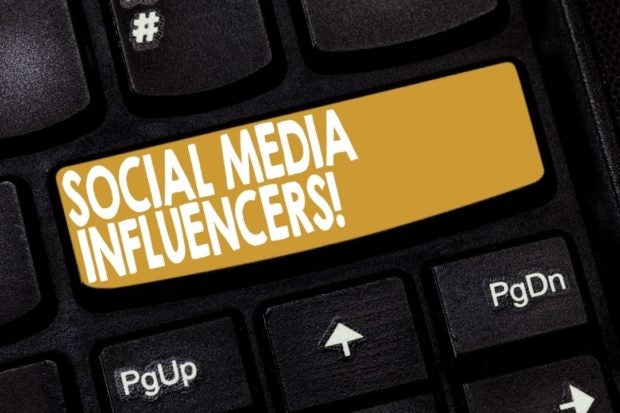 MANILA, Philippines — The government’s effort to seek out social media influencers who have not been paying taxes despite earning millions of pesos has already resulted in more than 100 of them committing to settle their dues.

Assistant Secretary Dakila Napao of the Department of Finance told reporters last Friday that as of Sept. 15, 105 influencers and content creators have registered as taxpayers at the Bureau of Internal Revenue (BIR).

Napao and the BIR declined to identify the newly compliant influencers, citing confidentiality of tax records. They have also yet to collate information on the amount of taxes collected from social media influencers.

Last month, the BIR started probing 250 influencers who might have earned a lot of money and raked in freebies through their vlogs and social media posts.

The BIR earlier issued letters of authority (LOAs) to probe these influencers who, based on initial investigation, had been the “top earners.” LOAs empower revenue officers to examine and scrutinize taxpayers’ books in order to determine their correct tax liabilities. The ongoing investigation will not only determine compliance, but also the amount of unpaid taxes of social media influencers.

For influencers who had deleted their social media accounts for various reasons, the BIR said their digital footprint could still be traced by the agency’s information systems group.

Finance Secretary Carlos Dominguez III pointed out that “it’s not a crime to delete social media accounts,” but “we will still go after them whether or not they have a social media account because if they earned money, and we have evidence that they (did), they have to pay the tax. Everybody has to pay tax whatever your source of income is.”

The BIR in August issued Revenue Memorandum Circular (RMC) No. 97-2021 to remind influencers that for every money they earned, they must pay the proper taxes.

As more transactions take place in the digital space due to the “new normal” wrought by the prolonged COVID-19 pandemic, the government has turned its sights on uncaptured income taxes generated through online channels.

In the case of influencers, the BIR said in RMC 97-2021 that it had received information that “certain social media influencers have not been paying their income taxes despite earning huge income from the different social media platforms.”

“There are also reports that they are not registered with the BIR or are registered under different tax types or lines of business but are also not declaring their earnings from social media platforms for tax purposes,” the country’s biggest tax-collection agency said.

It is estimated that a single post on the Instagram feed and one Instagram story of an influencer with millions of followers could easily fetch P100,000 to P150,000. Content creators with under a million followers may charge between P50,000 to P80,000. The rate of those whose followers fall under six digits, meanwhile, is between P25,000 to P40,000.

In the circular, the BIR defined influencers as “all taxpayers, individuals or corporations, receiving income, in cash or in kind, from any social media sites and platforms (YouTube, Facebook, Instagram, Twitter, TikTok, Reddit, Snapchat, etc.) in exchange for services performed as bloggers, video bloggers or ‘vloggers’ or as an influencer, in general, and from any other activities performed on such social media sites and platforms.”

The BIR explained that influencers’ earnings were being considered as business income of self-employed individuals or sole proprietors and must pay income tax, plus business taxes such as the percentage or the 12-percent value-added tax.

Even foreigners need to pay taxes for their social media earnings here.

The BIR said influencers could be extended with allowable deductions as well as avoidance of double taxation, in the case of foreigners.

A group of social media influencers belonging to the Creator and Influencer Council of the Philippines (CICP) already sought a dialogue with the BIR, urging the agency to make it easier for them to settle their tax dues.

“We have always expressed our support for influencers and content creators complying with tax rules as required by the law. We are hoping we can get into deeper dialogue with the BIR to help all parties understand important matters relating to compliance. I believe we all share the goal of having systems in place to make it easier for all taxpayers, including influencers and content creators, to adhere to our tax laws and regulations,” CICP vice president Ace Gapuz told the Inquirer on Sunday.

The BIR had warned that bigger fines and longer jail time await those who profit from their vlogs and viral content on social media but do not pay taxes.

—WITH A REPORT FROM KATHLEEN DE VILLA INQ