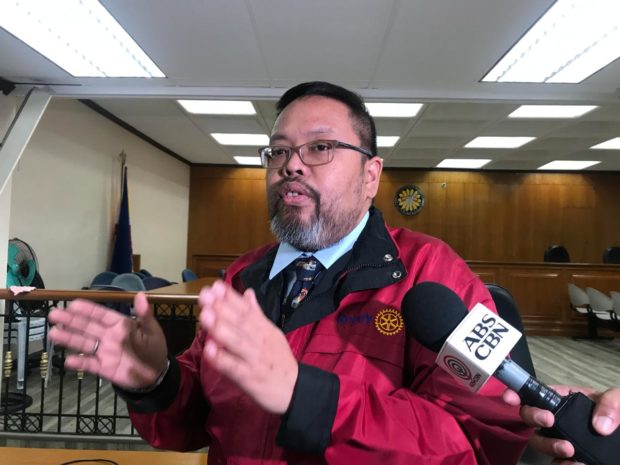 MANILA, Philippines — There is no special treatment being given to the political aspirants of PDP-Laban faction led by Energy Secretary Alfonso Cusi during the filing of certificate of candidacy (COC), Commission on Elections (Comelec) spokesperson James Jimenez said on Friday.

“I would like to point out to everyone that we have been very fair in our handling of all the parties,” Jimenez said in a press briefing after the last day of COC filing at Harbor Garden Tent of Sofitel hotel in Pasay City.

Jimenez made the reaction after Senator Nancy Binay decried the “special preference” being given to bets belonging to the ruling PDP-Laban party.

Binay tweeted: “We followed your rules [at] Sofitel Tent, then you accommodated the candidates of PDP and broke your own rules?”

The senator, however, did not elaborate on the violation.

@COMELEC Do you really have to give special preference to the PDP-Cusi Wing?

Napaka-unfair naman. We followed your rules sa Sofitel Tent, then you accomodated the candidates of PDP and broke your own rules?

If you can't be fair & impartial, then what will #Halalan2022 be like? pic.twitter.com/HAuLr7oxYU

Jimenez, however, said that the presence of the Presidential Security Group (PSG) on the grounds of Sofitel was the source of “perception on special treatment.”

“The President is entitled to his security detail, and allowances have to be made for that,” he explained.

Duterte made an appearance at the filing center twice: On Saturday, with vice presidential aspirant Sen. Bong Go; then on Friday, where he went together with senatorial aspirants under Cusi-wing’s PDP-Laban.

Jimenez also noted that the companions of the said senatorial candidates “were actually asked to go out.”

“Precisely because it turned out that there are too many of them,” Jimenez said.

Day 8 of COC, CONA filing: List of aspirants for nat’l posts in 2022 polls