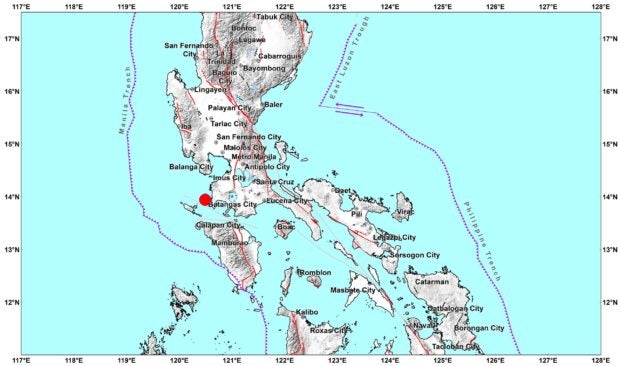 The earthquake, which was of tectonic origin, hit the area at 2:14 a.m. and had a depth of 131 kilometers.

No damage or aftershocks are expected, according to Phivolcs.

According to Phivolcs, Friday’s quake was an aftershock of the July 24 earthquake in Calatagan, Batangas.