No damage, casualties reported so far in Calatagan, Batangas after magnitude 6.6 quake 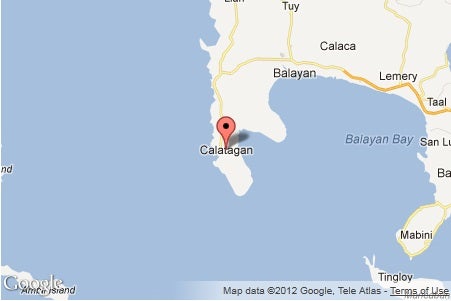 LUCENA CITY – No casualties or damage to property were reported, so far, in Calatagan, Batangas after a magnitude 6.6 earthquake jolted the area at dawn Saturday.

“So far, we have yet to receive reports of any damage or injured persons during the quake,” Police Sergeant Reynaldo Salaguit, Calatagan police desk officer, said in a phone interview.

He said the tremors that lasted for around 30 seconds caused minor panic to residents who hurriedly stepped out of their houses amid rainfalls.

Salaguit said the local police force and members of the disaster risk reduction management office are conducting inspections around the municipality to further assess possible damage.

The Philippine Institute of Volcanology and Seismology (Phivolcs) said the strong earthquake, which was of tectonic origin, struck at 4:49 a.m.

Phivolcs said it traced the epicenter of the quake 16 kilometers southwest of Calatagan.

Another tremor with a magnitude of 5.1 was also recorded in the same area at 4:57 a.m.

The tremors were also felt in some parts of Metro Manila, Laguna, Bulacan, Rizal and some areas in the Visayas.

On May 15, a magnitude 4.5 earthquake also struck Calatagan and nearby areas.