Sara apologizes to supporters as she shuts door to Palace run 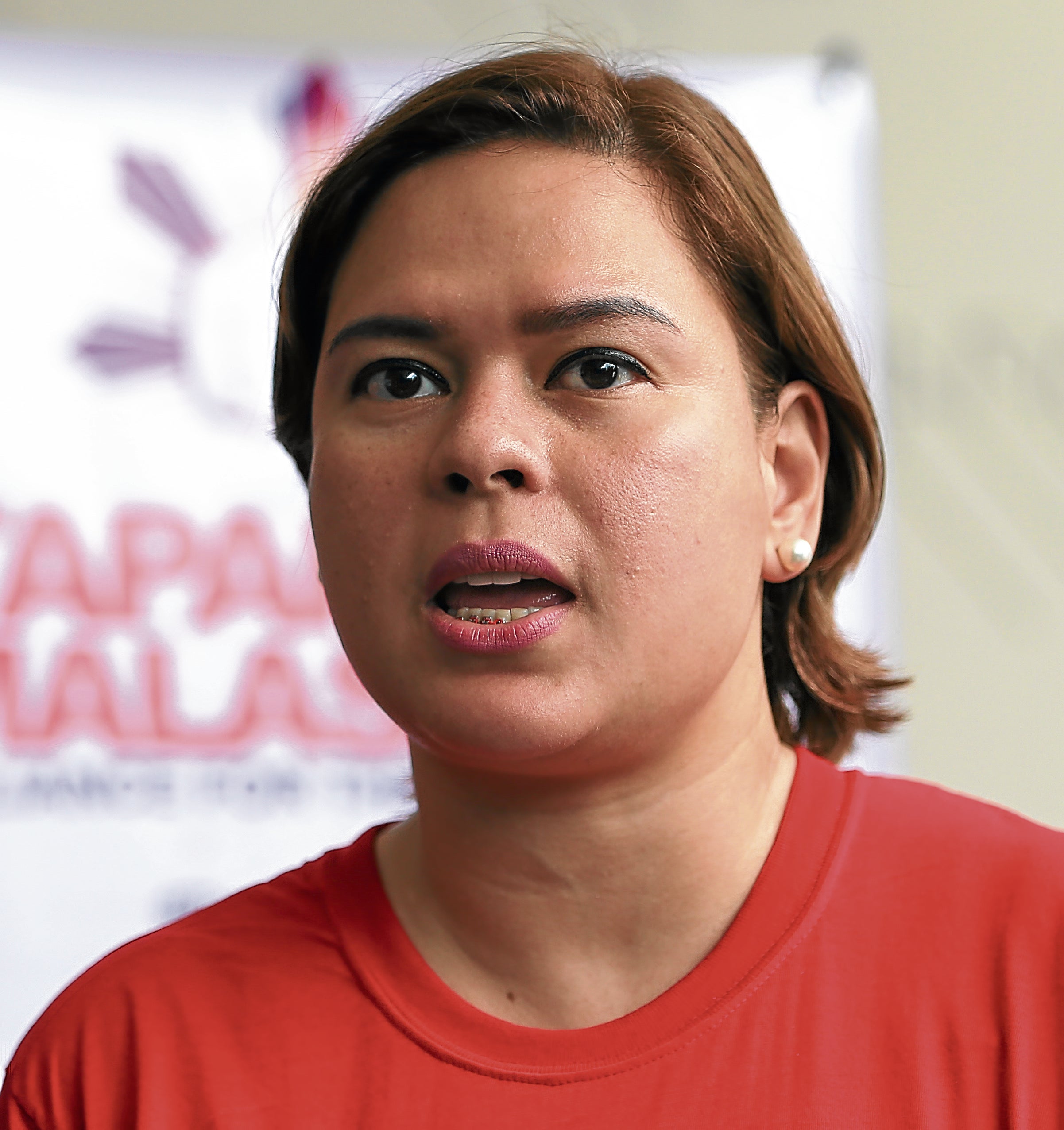 DAVAO CITY — Mayor Sara Duterte-Carpio has apologized to her supporters, saying that she could not heed their call for her to withdraw her certificate of candidacy (COC) for a third term as mayor so she could file her COC for president before today’s deadline.

Her announcement came even as many people remained unconvinced that she would not follow the move taken by her father, President Duterte, in 2015 when the latter ran as a substitute for Partido Demokratiko Pilipino-Lakas ng Bayan (PDP-Laban) presidential candidate Martin Diño, who withdrew his COC.

Sara said it pained her to not accede to the wishes of her friends for her to run for president.

“Madami sa inyo ang nasasaktan, sumama ang loob at nawalan ng pag-asa pero puwede pa rin tayo magtulungan para sa ating bayan (Many of you are hurting or felt bad and lost hope but we can still work together to serve the country),” she said.

But she assured her supporters that she would continue to serve, regardless of position.

“Di kailangan ang position, di kailangan na tayo ay maging Pangulo upang makatulong. Gawin natin ang pagtulong sa kapwa sa araw-araw nating pamumuhay (We don’t need a position, we don’t have to be President so we can help. Let us help others as we go about our daily lives),” she said.

The mayor issued the statement just hours after former Sen. Ferdinand Marcos Jr., son of the the late dictator Ferdinand Marcos, filed his COC for president, belying talks of a tandem with Sara.

Sara, on October 2, filed her COC for reelection just an hour after her father decided to abandon his bid for vice president under the faction of the PDP-Laban led by Energy Secretary Alfonso Cusi.

When her father accepted PDP-Laban’s nomination to become the party’s candidate for vice president last month, Sara said she would no longer consider running for president because of a family agreement that only one member would be allowed to seek a national post.