Robredo will be running as independent presidential candidate, OVP confirms 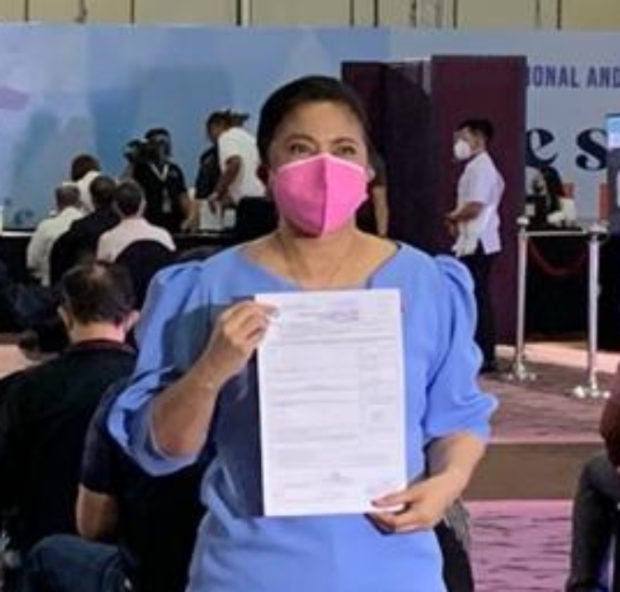 Vice President Leni Robredo will be running as an independent candidate.

MANILA, Philippines — Vice President Leni Robredo will be running as an independent candidate for the 2022 presidential elections, according to the Office of the Vice President (OVP).

On Thursday, OVP spokesperson Barry Gutierrez said that Robredo indicated in her certificate of candidacy — which was filed earlier — that she is an independent candidate.

He did not explain as of posting time.  However, it can be recalled that Robredo is still the chairperson of the Liberal Party (LP), while her closest political allies like Senator Bam Aquino, who would be her campaign manager, and Senator Franklin Drilon, who visited her earlier, are also LP officials.

Aside from the Aquino and Drilon, known LP members like Quezon City 6th District Rep. Kit Belmonte, and LP allies Chel Diokno and Senator Risa Hontiveros were also spotted at the OVP headquarters before and after Robredo’s announcement.

Also, there are rumors that LP president and Senator Francis Pangilinan would be Robredo’s running mate in the 2022 national elections.

While the reason behind Robredo’s decision is still unclear, she once sought a broad opposition coalition by talking to other presidential candidates like Manila Mayor Isko Moreno, Senators Manny Pacquiao and Senator Panfilo Lacson.

However, the talks eventually fell as all of the personalities mentioned above launched their own presidential bids.