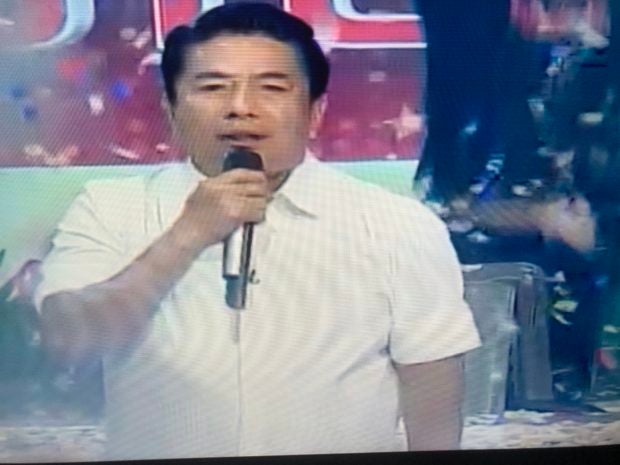 TV host Willie Revillame announces on his show on GMA Network that he will not run for any elective position in 2022. Screengrab from Wowowin

MANILA, Philippines — Television host Willie Revillame will not run in the elections next year.

Revillame made the announcement during his television show on GMA Network on Thursday. He said he wants his show to continue in order to help other people.

(I am Wilfredo Revillame, promising you that I will just be here at Wowowin to serve you. Wowowin will continue.)

In June, President Rodrigo Duterte said he wants Revillame to run for senator in the 2022 elections. Duterte, at that time, said Revillame was having second thoughts on running for senator.

In announcing his decision, Revillame also pointed out that he is not knowledgeable about the law.

(If you ask me why I will run, I will say I want to do good. But should you only do good in the Senate? You should also know how to read the law. You should know how to craft laws, right?)

(I am saddened by what I see now because there are a lot of fights. The public voted for you, yet that is what they are seeing.)

The filing of certificates of candidacy for next year’s elections ends on Friday, October 8.