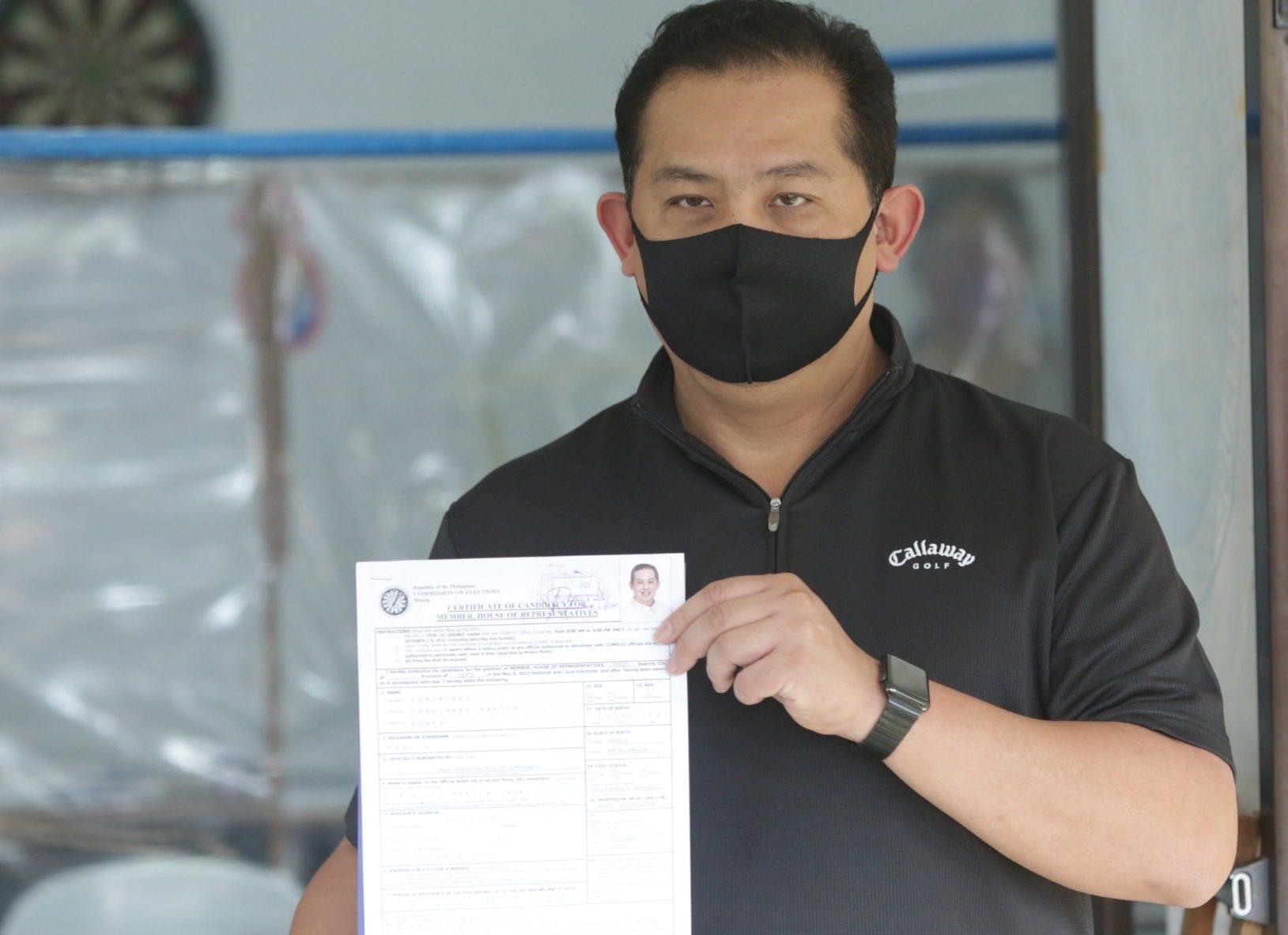 Rep. Romualdez, who is the current majority floor leader of the House of Representatives, is seeking a second term for Leyte’s first congressional district which covers Tacloban City and seven towns.

The lawmaker is running under the Lakas-Christian Muslim Democrats of which he is the party president.

He said he decided to seek reelection to implement more projects in the district.

“The priority legislation is to ensure the passage of the national budget which is to help fight against the pandemic. We want to make sure that everybody is safe and healthy and restore and revitalize our economy,” Martin said.

Alfred Romualdez, on the other hand, is seeking a second term as mayor of Tacloban under the Nacionalista Party with his 34-year old son, Raymund as his vice mayor.

Raymund is running for the first time.

Alred said he is offering himself to the Taclobanons for another three years as he wants to complete the work at the resettlement sites at the northern portion of the city where families, whose houses were totally destroyed by Super Typhoon Yolanda, could be completed.

Romualdez was the mayor of the city when Tacloban was pummeled by Yolanda eight years ago.

He said he chose his son Raymund as his vice mayor as part of his “mentoring.”

While he does not have any actual political experience, Raymund said being with a political family is more than enough for him to tackle the duties as a vice mayor.