‘We will continue the fight’: Kabataan files CONA for partylist 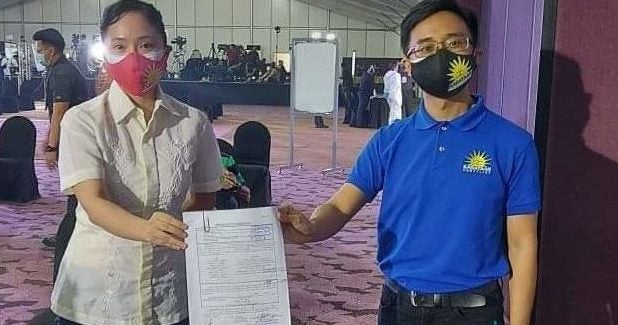 MANILA, Philippines — Kabataan party list on Thursday filed their certificate of nomination of acceptance (CONA) for a seat in the House of Representatives.

(The youth bear a responsibility to advance the politics of change and hope.)

Manuel also pointed out that the party-list has prevailed despite the move to disqualify them to Congress and the “fabricated” charges against the group. He also denounced certain groups who “pretend” to be the voice of the youth.

(While we strive to continue the fight of those before us, who sought a free and just society, there are forces who underestimate the power of youth.)

(There are also groups who pretend to be the representation of youth to deceive and make it appear that the youth are mindless followers of powerful people.)

But despite the challenges, Manuel said their group will still continue.

(We will carry on, because every grievance that we are raising is the grievances of every youth.)