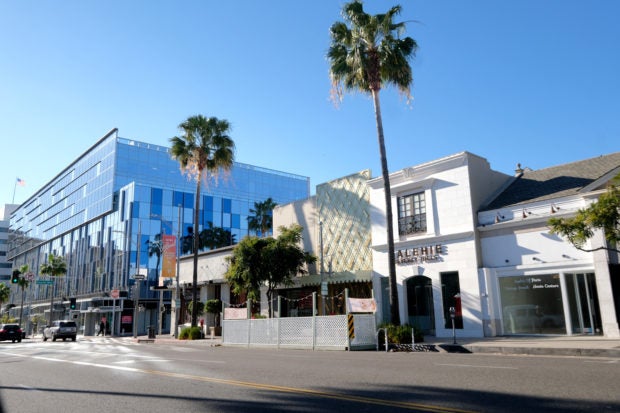 Restaurants in the Beverly Hills area take over the pavements and roadsides for outside dining on February 17, 2021 in Beverly Hills, California. AFP FILE PHOTO

LOS ANGELES — Bars, restaurants, gyms and cinemas in Los Angeles will all require proof of vaccination against Covid-19 from next month, after an ordinance passed Wednesday by the council in the second biggest city in the United States.

The move, which also applies to shopping malls and beauty salons, brings the city into line with New York and San Francisco.

It comes as the United States struggles to slow a surge in infections driven by the Delta variant, with a significant minority of the country ideologically opposed to the jabs.

“We’ve spent too much time placing restrictions on people who did their part by getting vaccinated and wearing their masks,” said Council President Nury Martinez.

“We need to both limit the transmission of the virus as well as make it inconvenient for those who are unvaccinated to access indoor venues and put lives at jeopardy. The stakes are too high,” she said.

Businesses will be responsible for checking vaccination status. Companies that fall foul of the requirement could be fined up to $5,000.

Vaccine take-up in California is among the highest in the United States, and mandates are popular with voters.

California’s governor, Gavin Newsom, last week announced vaccines would be compulsory for all schoolchildren from next academic year.

More than 700,000 people have died in the United States from coronavirus, with vaccines, mask-wearing and shutdowns all becoming fiercely political issues.

Politicians in mainly Republican-led areas have cited personal freedom as a reason to resist imposing rules that doctors say would protect their populations.

Safe and effective vaccines are free and widely available in the United States for anyone over the age of 12.