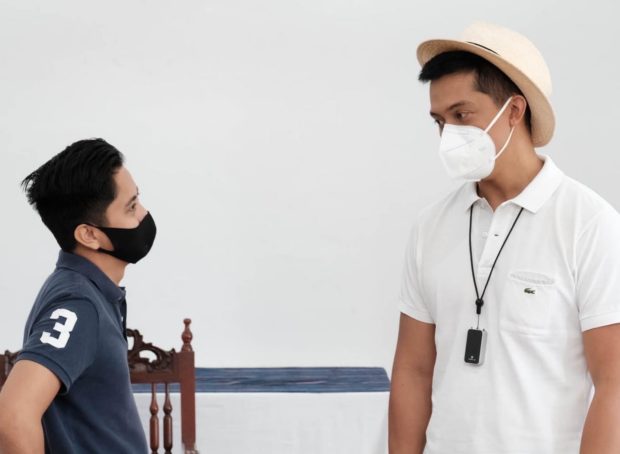 LAOAG CITY, Ilocos Norte, Philippines — Most of the top local elective posts in Ilocos Norte province would likely be staying in the hands of the family of the late dictator Ferdinand Marcos as its younger members are seen to dominate again the positions once held by the clan’s veteran politicians.

Matthew succeeded his mother, Imee Marcos, when the latter ran and won as senator in 2019 after serving three terms as governor of the province.

Before launching his political career and winning a seat as second district provincial board member in 2016, Matthew was managing his sports agency.

At a press briefing after he filed his candidacy, Matthew admitted that he was a “reluctant candidate” when the position was offered to him by the family as a substitute to his grandmother, former first lady Imelda Marcos, in 2019. Imelda once served as Metro Manila governor and representative of Ilocos Norte and Leyte.

But Matthew said he was more prepared this time to serve another term, noting that he “learned the job already … so I know what I am getting into.”

Matthew ran unopposed in 2019 when the patriarch of another political family in Ilocos Norte, former first district Rep. Rodolfo Fariñas, withdrew his candidacy.

Sandro, 27, eldest son of presidential aspirant Ferdinand “Bongbong” Marcos Jr., is expected to file his COC on Thursday. His father, a former senator and Ilocos Norte governor, lost to Leni Robredo in the 2016 vice presidential race.

In an interview with local reporters on Oct. 1, Sandro said many people had been trying to convince him to run for the position but he turned this down in 2016 “because I did not want it to look like it is an ‘OJT’ (on-the-job-training).”

He said his age would not be an issue, as he urged people to look at his “track record.”

“I may be 27 years old, but whatever I have learned in the past have been geared (toward running for a seat in Congress),” said Sandro, who serves as political affairs officer of his uncle, House Majority Leader Martin Romualdez.

In the past months, Sandro has been going around Ilocos Norte after he was hired as “economic consultant” of the provincial government.