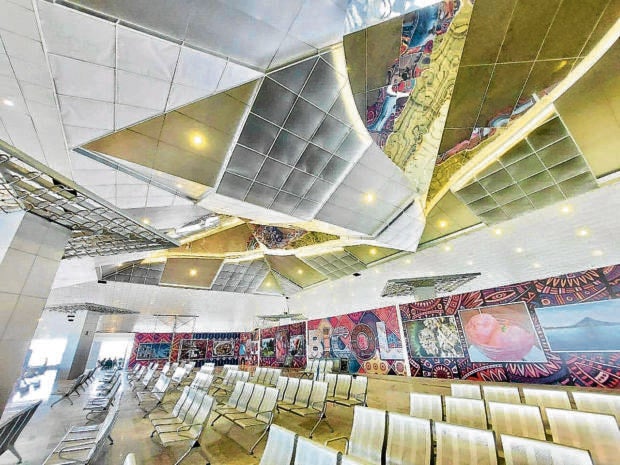 Transportation Secretary Arthur Tugade and local officials on Sunday led the final inspection of the P4-billion BIA in Barangay Alobo, touted as the country’s “most scenic gateway” with the iconic Mayon Volcano for its backdrop.

In a press statement, the Department of Transportation (DOTr) said BIA was ready to start operations and receive commercial flights but these would be limited for now to domestic daytime flights.

Cynthia Tumanut, the CAAP Legazpi City manager, in a recent forum, said the agency had assured that BIA would be opened to domestic night flights on Nov. 7.

Erwin Montas, Philippine Airlines (PAL) Legazpi City manager, said the ceremonial PAL flight using BIA today would not carry passengers. All of PAL’s personnel have been transferred to BIA but a ticket center will be maintained at Legazpi Domestic Airport for two regular flights to and from Manila.

Tugade also announced that BIA would be ready for international flights this year subject to International Civil Aviation Organization review.Once fully operational, BIA is expected to accommodate a total of 2 million passengers a year, he said.

“Construction works were delayed for 11 years. It went through three groundbreaking ceremonies prior to this administration. While we were building it, it also suffered arson incidents [perpetrated by rebels],” Tugade said.

Tugade said BIA was a “personal challenge” to him, as some had doubted that the airport would be finished under the Duterte administration.

The National Economic and Development Authority in Bicol reported that the government, from BIA’s conceptualization until construction between 2009 and 2021, had spent nearly P4 billion for the project.

Albay Rep. Joey Salceda, at a briefing, said BIA will be operated and comanaged by Aboitiz Infracapital and DAA Inc. (the managers of Dublin Airport of Ireland) as a package along with the Panglao (Bohol) and Laguindingan (Misamis Oriental) airports.

According to Salceda, a development plan is on the drawing board for the 74-ha Legazpi Domestic Airport terminal that would be transformed into a new Legazpi central business district.