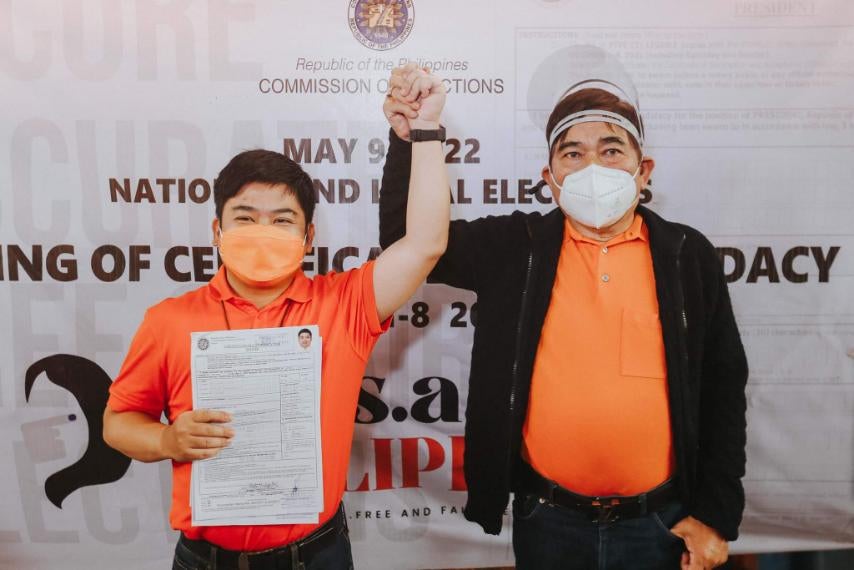 Caloocan Mayor Oscar Malapitan raises the hand of his son Rep. Dale Malapitan, who is running to be the city’s next local chief executive. Both filed their certificates of candidacy on Wednesday at the Comelec office in North Caloocan. (Photo courtesy of Caloocan City Government)

MANILA, Philippines — Caloocan Representative Dale “Along” Malapitan filed his certificate of candidacy (COC) on Wednesday for Caloocan City mayor in the 2022 elections.

Malapitan filed his COC together with his running mate Councilor Karina Teh at the office of the Commision on Elections (Comelec)-North Caloocan at around 11:15 am.

Malapitan will be going against Caloocan Rep. Edgar Erice. Erice had expressed intention to run for city mayor in the upcoming polls.

Asistio is running to be the first-ever representative of Caloocan’s 3rd legislative district, which takes effect in the 2022 national and local elections.