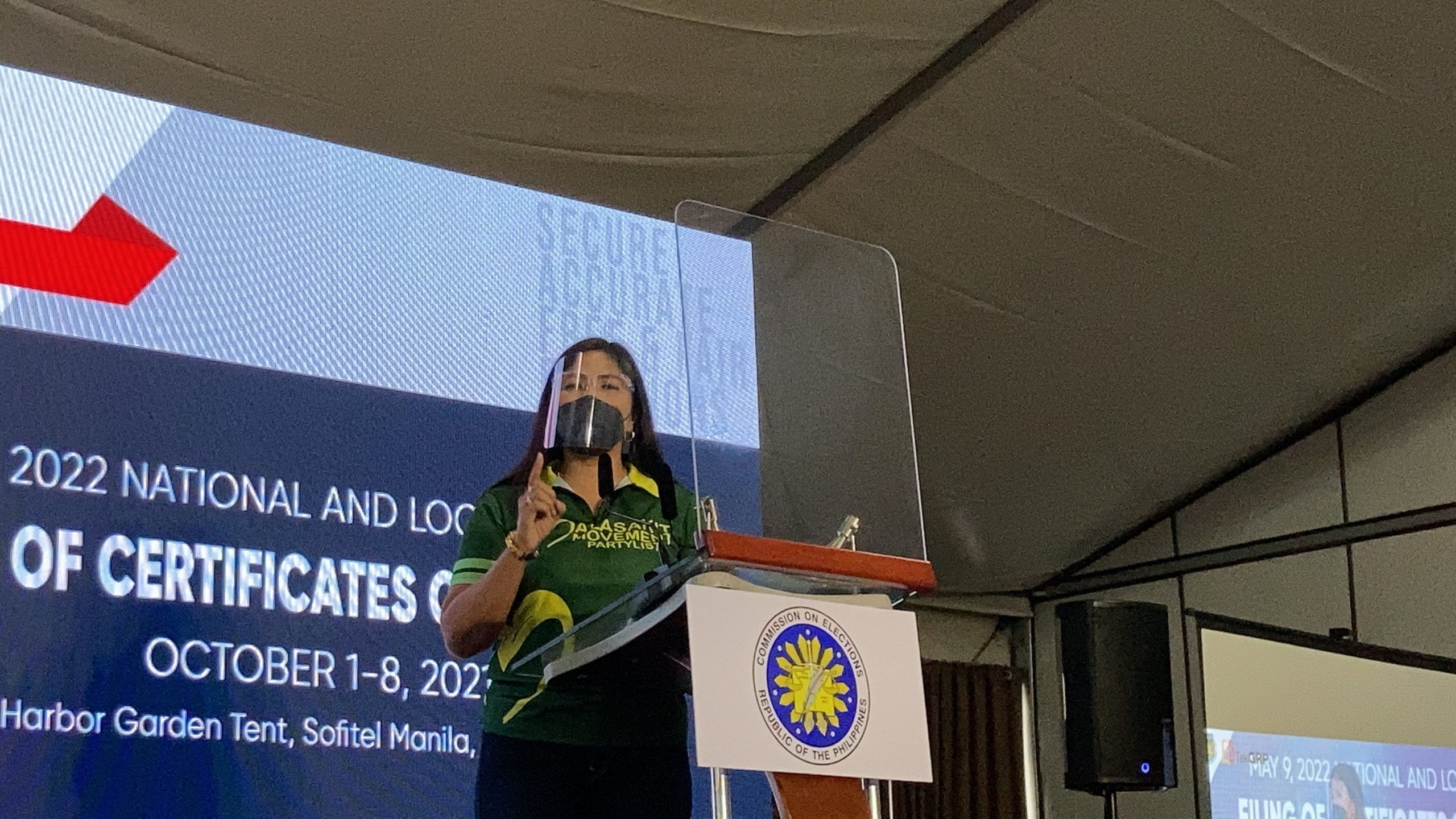 Celine Pialago, a nominee of the Malasakit Movement Partylist, delivers her speech at the Sofitel Harbor Garden Tent on Oct. 6./Daniza Fernandez/INQUIRER.net

The group was the first to file on the sixth day of the filing of certificates of candidacy/CONA.

After filing the party’s CONA, Pialago said that they are eyeing to be the voice of various sectors.

(We are humbly accepting the challenge to be a voice in Congress for social workers, barangays, solo parents, OFWs, and their families here in the Philippines.)

(We all know that the frontlines are in the community level, in the grassroots. This is the right time give concern to those who are concerned.)

Pialago left the MMDA on October 1 to focus on her party list seat bid.