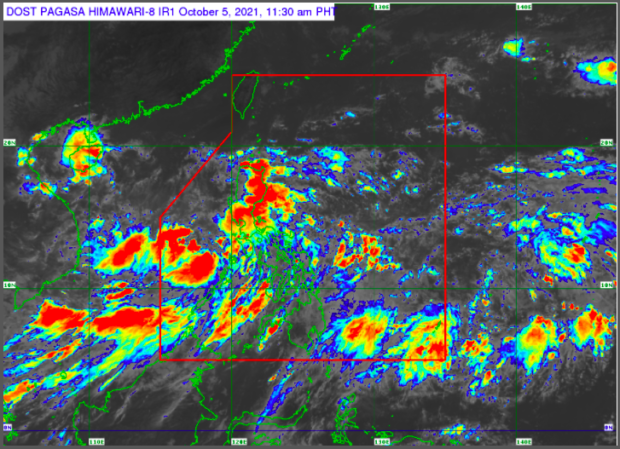 MANILA, Philippines — All Tropical Cyclone Wind Signals (TCWS) were lifted on Tuesday afternoon as Tropical Depression Lannie moves toward the direction of northwest over the West Philippine Sea, the state weather bureau said.

TD Lannie still maintains its strength, packing sustained winds of 45 kilometers per hour (kph) near the center with gustiness of up to 55 kph as it moves west-northwestward at 25 kph.

TD Lannie may also bring moderate to heavy rains over Palawan including Calamian, Kalayaan, and Cuyo Islands, according to Pagasa.

Pagasa also said it is likely to exit the Philippine Area of Responsibility on Wednesday.