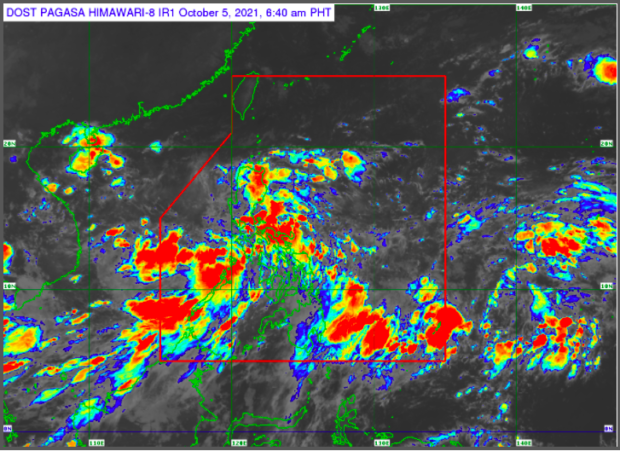 The Philippine Atmospheric, Geophysical and Astronomical Services Administration (Pagasa), in its 5 a.m. bulletin, said that the center of TD Lannie was estimated to be 90 kilometers northwest of Cuyo, Palawan.

Pagasa added that Lannie was packing maximum sustained winds of 45 kilometers per hour (kph) and gustiness of up to 55 kph while moving west at 25 kph.

The six areas under TCWS No. 1 are:

“Under these conditions, isolated to scattered flooding (including flash floods) and rain-induced landslides are likely especially in areas that are highly or very highly susceptible to these hazards as identified in hazard maps,” Pagasa said.

Pagasa said TD Lannie will also bring moderate to rough seas in areas where TCWS #1 is in effect as well as over the seaboards of Northern Luzon.

“These conditions are risky for those using small seacraft. Mariners are advised to take precautionary measures when venturing out to sea and, if possible, avoid navigating in these conditions,” Pagasa warned.