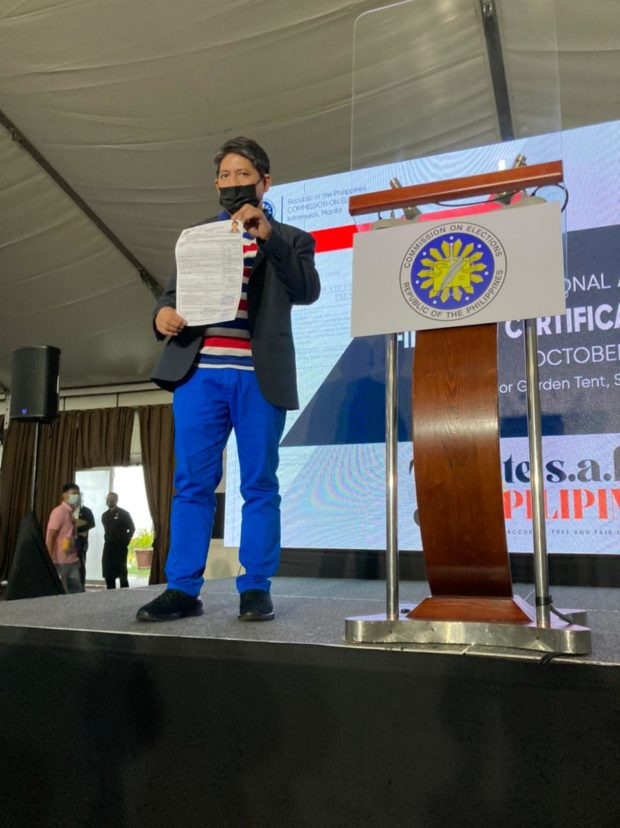 He showed up at the Sofitel Harbor Garden Tent  in Pasay City to file his COC at 8:51 a.m.

In a speech after filing his candidacy, Gadon criticized the Aquino administration and its supporters.

(I decided to run again because I saw the false promises of the Aquinos and their supporters for over 30 years.)

Gadon called for the impeachment of then Chief Justice Maria Lourdes Sereno, a critic of President Rodrigo Duterte, over her alleged failure to be truthful in her statement of assets, liabilities, and net worth.

The Sereno camp dismissed the accusation.

He also criticized the Department of Health for scaring the public about COVID-19, claiming that the disease is curable.