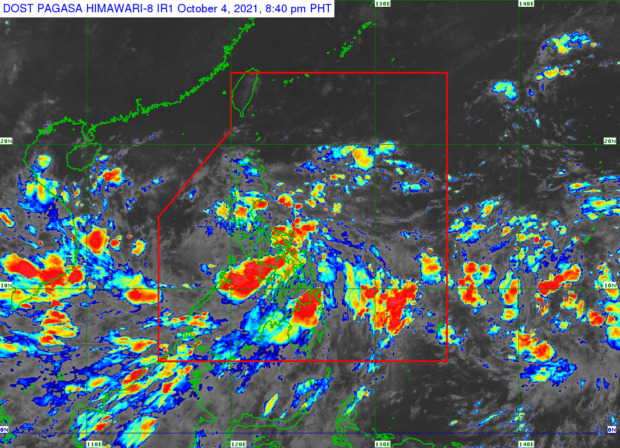 In its 8 p.m. bulletin, the Philippine Atmospheric, Geophysical, and Astronomical Services Administration (Pagasa) said Lannie was located over the coastal waters of San Joaquin, Iloilo, at 7 p.m. and then over Panay Gulf as it headed towards the southern portion of Panay Island.

Pagasa also said Lannie was packing maximum sustained winds of 45 kilometers per hour (kph) and gustiness of up to 55 kph, moving westward at 25 kph.

Eleven areas in Luzon and Visayas remained under Signal No. 1 on Monday night, according to the state weather service. These were:

Pagasa said Lannie may make hit land for the 7th time over the southern portion of Panay Island also on Monday night before emerging above the Sulu Sea and cross the Cuyo archipelago.

It may then possibly make another landfall in the vicinity of northern Palawan or Calamian Islands on Tuesday morning.

The tropical depression was forecast to exit the Philippine Area of Responsibility by Thursday morning, according to Pagasa.