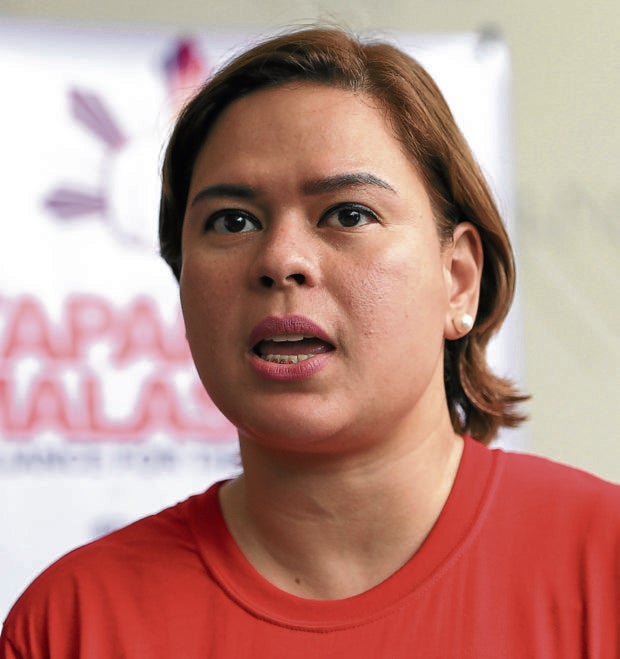 Liloan mayor Christina Garcia Frasco, who serves as Duterte-Carpio’s spokesperson, made the remark after Energy Secretary Alfonso Cusi said that the Davao City mayor being the presidential candidate of the PDP-Laban in the 2022 national elections is a “possibility.”

“Mayor Sara Duterte has already filed her Certificate of Candidacy for Mayor. Not being a member of PDP-Laban, she is not privy to the party’s sudden change of plans,” Frasco said in a text message to INQUIRER.net.

“Mayor Sara has no intention of becoming a member of PDP or of being its standard bearer now or in the near future,” she added.

Cusi, who was elected by his faction as the president of the PDP-Laban, said that Duterte-Carpio can re-join and be sworn in as a member and run as the party’s presidential candidate.

Further, Cusi said PDP-Laban can also adopt a candidate “that is aligned to our advocacies.”

President Rodrigo Duterte, Duterte-Carpio’s father, earlier said that his daughter would run for the presidential post, with Senator Bong Go as her running mate.

Go has filed his certificate of candidacy for the vice presidential post.