Urban planner prods Dumaguetnons: Take the fate of your city into your hands 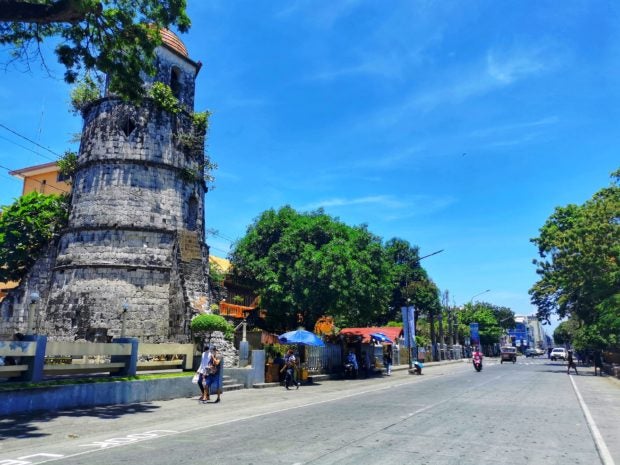 STANDING TALL The bell tower of Dumaguete stands tall in the heart of the city.

DUMAGUETE CITY––A world-renowned urban planner has urged Dumagueteños to take a more proactive role in working with the local government as it makes its plans for the city.

Architect Paulo Alcazaren, who was responsible for designing the much-touted nine-kilometer esplanade along Iloilo City’s river, said the people themselves have the right to determine how they wish to regulate the growth of their hometown.

In an online event organized by the Rotary Club of Dumaguete South and the Dumaguete City Host Lions Club, Alcazaren said all local governments are mandated to involve the public in updating its comprehensive land-use plan every nine years to promote transparency starting from the planning process.

He said local chambers of commerce and civic groups must be involved in a 12-step participatory process in preparing the city’s land-use plan, including identifying the stakeholders, analyzing the situation, establishing development thrusts and spatial strategies, and conducting public hearings.

Dumaguete Mayor Felipe Antonio Remollo has been promoting Manila-based contractor EM Cuerpo’s unsolicited proposal to reclaim 174 hectares of the city’s coastline at P23 billion as a solution to have 5G connectivity in the new islands, among other amenities.

“It’s cheaper to improve Internet [capabilities] than to reclaim land and pay the price [of environmental degradation],” he said.

Alcazaren, who has over 50 years of experience in landscape architecture, and earning various awards for his designs here and abroad, recalled the mayor’s master plan in 2017 and lauded its workable concept.

He said the strategy was to expand the development of the city upland with the construction of a double highway from the city’s civic center to encourage inclusive barangay development, create a one-stop-shop for efficiency and sharing of amenities.

“The 174-hectare reclamation project is nowhere in that plan,” Alcazaren said.

He said it now seems clear that the 1.7 reclamation for ‘Pantawan 2’ at the south end of the Dumaguete boulevard, that proceeded last year without the legal documents, was merely a “testbed of intervention” for another reclamation 100 times bigger.

“I still don’t see the logic behind that small reclamation, as the original waterfront was wonderful as it was. A reclamation is no way to ‘address drainage issues’ but a cover-up for testing the waters, literally, for a larger intervention,” Alcazaren said.

“The agenda of reclaiming 174 hectares is an ill-advised proposal. It is amazing that anyone would believe about the ‘benefits’ of reclamation when in fact, the data and the science prove otherwise,” he added.

Alcazaren said Dumaguete could progress and evolve “but not the way of Manila and Cebu,” where there is a “total lack of planning, [with] not much open space”.

He cited the reclamation in the 1970s from Dewey Boulevard to Cavite as a mere ploy for business people selling reclaimed land and creating profits for a small group at the cost of losing Manila Bay.

The urban sprawl-based development, which did not include parks, housing blocks like in Singapore, but mainly casinos, the Mall of Asia, and other entertainment centers, eventually caused perennial flooding in Manila.

He said people tend to always look [up] to Makati or Bonifacio Global City in Taguig as “models for good development.”

“If you reclaim 174 hectares and foist these problems on yourselves, you are shooting yourselves in the foot. You don’t want to put this burden on yourselves,” Alcazaren said.

The urban planner said it is ridiculous that the Philippine Reclamation Authority has approved 22 reclamation projects spanning over 10,000 hectares around the country, which are “all driven by the thought of profits-for-a-few”, and which could “inevitably lead to worse environmental disaster.”