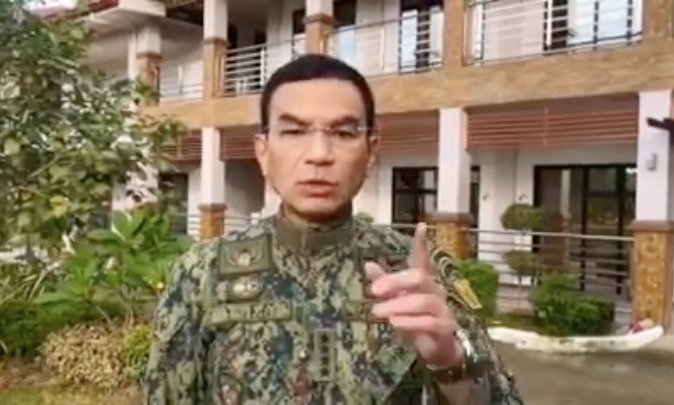 MANILA, Philippines — Philippine National Police chief Guillermo Eleazar on Sunday said that he has ordered all police chiefs and unit commanders to strengthen their respective defense plans against threat groups.

(I directed all police chiefs and unit commanders, especially in areas with the presence of large threat groups, to be on alert and strengthen their defense plan in police stations and for those policemen responding and patrolling.)

This, after a patrolman, was injured after he was ambushed by unidentified gunmen in Indanan, Sulu on Friday evening.

Based on reports, the police personnel were onboard a patrol vehicle heading to Maimbung Municipal Police Station when they were ambushed.

An investigation is currently underway to identify the gunmen.

According to Eleazar, they are not ruling out the possibility that some groups are aiming to snatch the service firearms of the police personnel, among others.

(We have a tight campaign against loose firearms and we’re not ruling out the possibility that they want it as well as the possibility of attacking our force to show that they are stronger than us and use this as extortion among candidates.)

Further, Eleazar told the public to cooperate and report to the police any suspicious-looking individuals, who could threaten public safety.