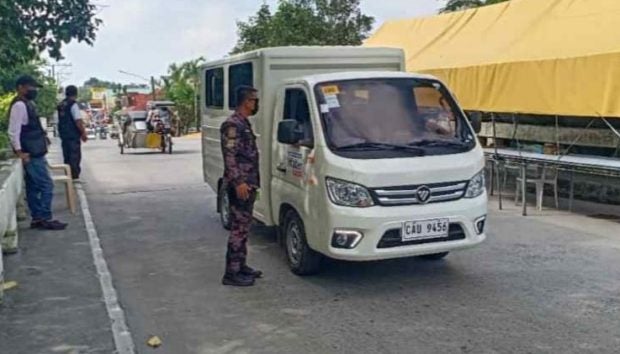 Still, Eleazar assured the public on Tuesday that they closely monitor all reports coming from their foreign and domestic counterparts, stressing that they will not let their guard down under any circumstances.

“We have not received any report on possible terror attacks as advised by the Japan Foreign Ministry but this does not mean that we would lower our guard on this matter,” Eleazar said in a statement.

The PNP chief said they had been continuously monitoring recent incidents, especially since the September 11th commemorations and the siege of Marawi City in Lanao del Sur.

He added that the police force would also continue to cooperate with the military to ward off any possible threat.

(Even before our intelligence-monitoring activities have been constant, especially after the 9/11 attack in the US and the Marawi City incident, and our cooperation with other countries in the fight against terrorism has been strong and consistent, through information-sharing and strategic partnership in dealing with terror groups.)

(This includes strengthening the coordination of your police organization with other community stakeholders to ensure that no terror incident would slip through us, regardless of what terror group is planning any harm.)

On Monday, Japan’s Foreign Ministry warned its citizens of “increased risks such as suicide bombings” in Southeast Asian countries like Indonesia, the Philippines, Singapore, Malaysia, Thailand, and Myanmar.

Japanese citizens in these countries were urged to stay away from crowds and religious facilities.

For the Armed Forces of the Philippines’ part, they said that no terror threat linked to the Japan warning had reached them as of now.

While Eleazar assured Filipinos that PNP is still monitoring possible threats, it also asked the public to remain vigilant and report to authorities suspicious persons who may be a threat to communities.