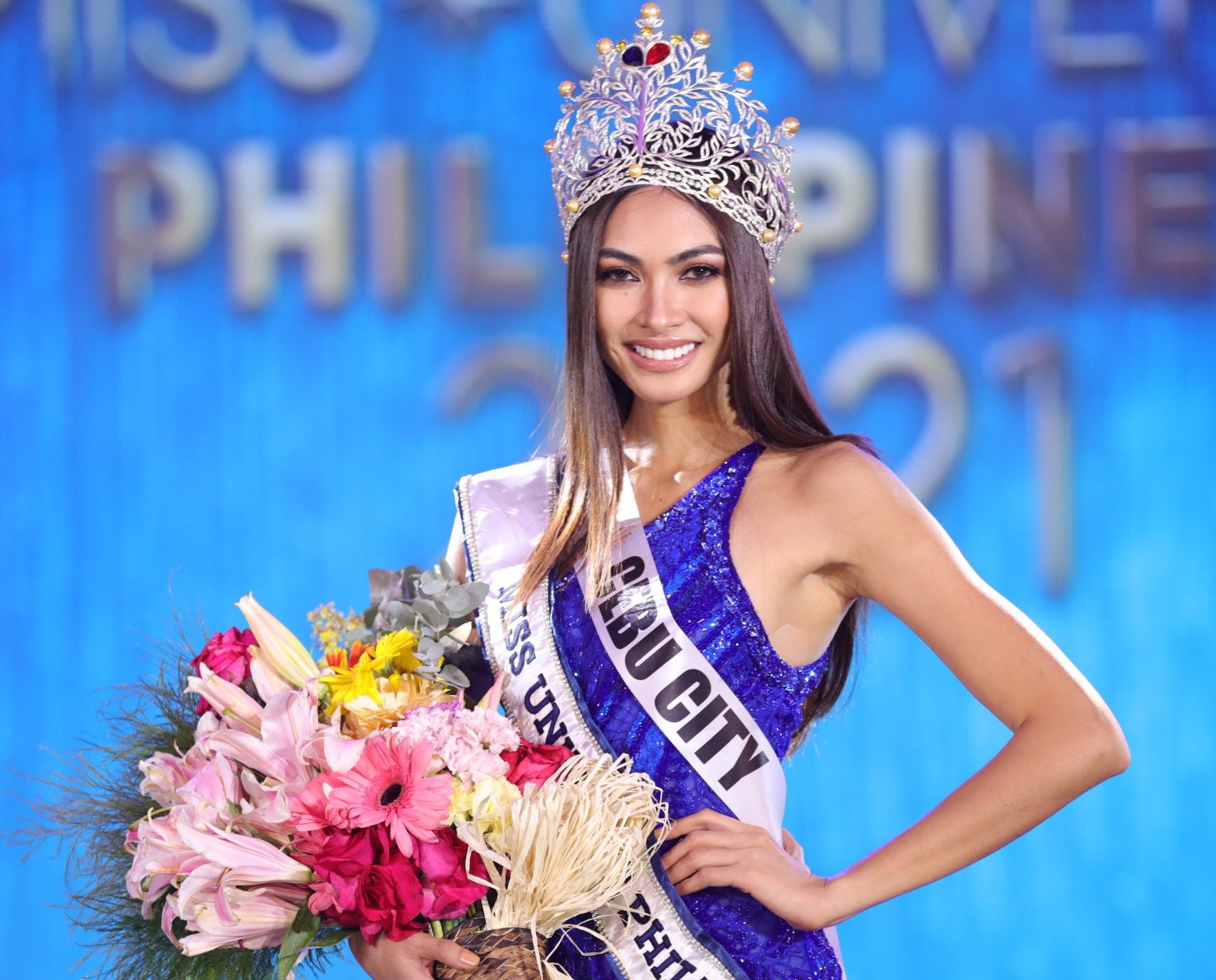 CEBU CITY—A lesbian made history on Thursday when she was the first member of the LGBTQIA+ community to be crowned Miss Universe Philippines, which makes her the country’s representative in this leading international beauty contest to be held in December.

Beatrice Luigi Gomez, 26, of Cebu City bested 27 other aspirants for the Miss Universe Philippines title at the final stage of the competition at Hennan Resort Alona Beach in Bohol province.

She will next participate in the 70th Miss Universe pageant, which will be held in the resort city of Eilat in Israel.

The Miss Universe contest has been known to accommodate contestants who identify themselves with the LGBTQIA+, or the lesbian, gay, bisexual, transgender, queer, intersex, asexual community.

Among the past contestants in this annual contest were lesbian Patricia Rodriguez who was Miss Spain in 2013, transgender Angela Maria Ponce Camacho who was also Miss Spain, in 2018, and lesbian Swe Zin Htet who was Miss Myanmar in 2019.

Before Gomez won this year’s Miss Universe Philippines crown, there was Kimberly “Billie” Hakenson of Cavite province, who identified herself as bisexual in that contest last year which Rabiya Mateo of Iloilo City eventually won.

Gomez, who took up mass communication at the University of San Jose-Recoletos in Cebu City, first ventured into the beauty arena in 2015, when she finished 2nd runner-up at the Miss Mandaue competition.

She was crowned Binibining Cebu last year, before joining the Miss Universe Philippines contest—her first time to compete in a national beauty tilt—and emerging as the winner, beating other candidates with more experience in this field.

On her way to her coronation, Gomez also won the best in swimsuit and best in evening gown awards, and the Miss Luxxe ImmunPlus Game Changer and Miss Cream Silk titles.

She stood out particularly during the question and answer portion for the top 10 semifinalists.

A question for Gomez was phrased this way: “You are beautiful because of your bravery, because you are out and a proud member of the LGBTQIA+ community. Do you think the Philippines is ready to send a member from your community to the Miss Universe pageant?”

She answered “I honestly believe that our country has definitely been a long way in battling our fight for equality especially for the LGBTQIA+ community. Our country has been very supportive and I definitely think we are definitely ready to send someone, an LGBTQIA+ member to the universe.”

Gomez has been open about her identity in interviews and on social media, and so has her partner, disc jockey Kate Jagdon.On Friday, Jagdon congratulated Gomez on Instagram, saying that “Your journey of being authentic is an inspiration to every Filipino.”

In an interview in August, Gomez took pride in her partner, saying “We’ve been together for six years, going seven in a few months.”

“When I want to spice up my workouts, I do a few rounds of boxing, and I do most of these things with my girlfriend Kate,” said the beauty queen, who also became a member of the Philippine Navy Reserve Unit after she underwent military training early this year.

But Jaypee Perez, who identified himself as a friend of Gomez in a radio interview, had claimed that organizers of an earlier beauty contest that she had joined had requested her to remove her tattoos and delete from social media her photos with Jagdon.

The organizers later changed their mind and allowed Gomez to join the contest, according to Perez.

This year’s Miss Universe Philippines started with a selection of 100 contestants in July. By September, the number was down to 28.

A “bubble” in Pampanga province was set up in anticipation of a Sept. 25 coronation, but this was postponed because of pandemic restrictions, until the government’s pandemic task force gave the clearance for the final competition in Bohol on Thursday.

In the question and answer portion, Gomez was also asked “If during your reign as Miss Universe Philippines, things happen in your life that make you sad and uninspired, how would you be able to continue inspiring others?”

She replied “It is very evident that all of us went through difficulties during this pandemic. But it is also proof that we are able to rise to the occasion.”

“And if anything happened to me during my reign I will not give up and [will continue to] inspire others by rising to the problems that I am encountering, and by inspiring them that whatever you’re going through you will be able to overcome it,” she said.

Gomez succeeds Mateo, who successfully sustained the Philippines’ inclusion in the Miss Universe semifinals for the 11th straight year.