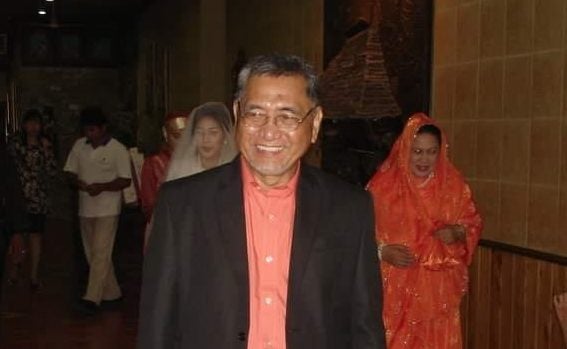 “The MSU  administration, constituents, and community would like to express deepest condolences and sympathy to the family of former MSU President Ahmad Domocao “Jun” Alonto Jr., who has just returned to his Creator,” said a statement from MSU on Friday.

In a social media post, Trade Undersecretary Abdulgani Macatoman, his son-in-law, said that before he died on Friday morning, Alonto had been “frail” in the past weeks.

Alonto was part of the then surging anti-Marcos democratic forces in the 1980s.

He took the helm of MSU in 1986, right after the uprising that swept President Corazon Aquino into power. He was eventually appointed to a regular term as president from 1987 to 1992.

Alonto is the son of the late Sen. Ahmad Domocao A. Alonto Sr., an eminent Maranao politician who authored, among many others, the MSU charter.

He is the brother of former Lanao del Sur Gov. Soraya Alonto-Adiong.

In 2001, Alonto was part of the negotiating panel of the Moro Islamic Liberation Front chaired by its then military chief Murad Ebrahim that carried out peace talks with the government after President Joseph Estrada’s all-out war a year earlier.

Alonto was an agriculturist, earning his agriculture degrees from the Mindanao Institute of Technology (now University of Southern Mindanao) in Kabacan, Cotabato, and the University of the Philippines in Los Baños.