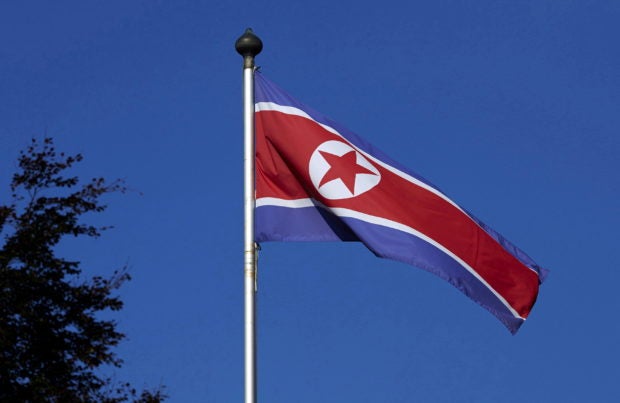 FILE PHOTO: A North Korean flag flies on a mast at the Permanent Mission of North Korea in Geneva October 2, 2014. REUTERS/Denis Balibouse

The test conducted by the Academy of Defence Science, a military weapons developer, was aimed at confirming the practical functionality of the missile’s launcher, radar, comprehensive battle command vehicle, and combat performance, KCNA said.

North Korean leader Kim Jong Un appears to have not attended the test, which was instead overseen by Pak Jong Chon, a member of the ruling Workers’ Party’s powerful politburo and Central Committee.