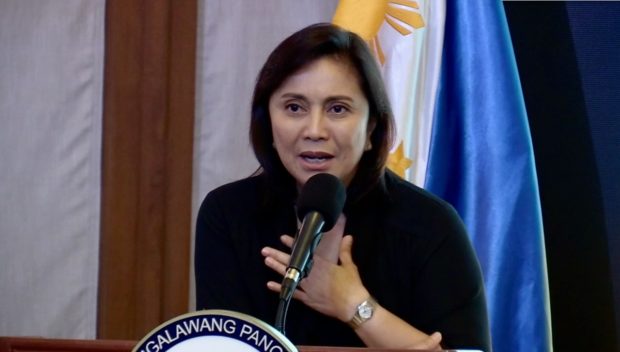 During the 1Sambayan’s program, Carpio was asked whether Manila Mayor Isko Moreno, one of the candidates who was among the group’s choices, already expressed his reaction.

Moreno is also seeking the presidency in the 2022 national elections, running under the Aksyon Demokratiko party.  The local executive was once in talks with Robredo for a possible alliance, but it appears talks have failed as Moreno announced his candidacy already.

“We have not yet received any reaction from Mayor Isko, but that is correct, under our process, those who join our process agree that they will support whomever we decide (to the field) and they will not run against the candidate that we have decided […] to be our standard-bearer,” Carpio said.

“However, of course, that is just a moral obligation; you cannot legally enforce that, so that’s a matter of honoring what you have committed verbally.  But we would like to leave it at that,” he added.

Carpio also admitted that it is hard to arrive at a unanimous decision considering the wide scope of personalities and organizations that joined 1Sambayan.

Earlier, 1Sambayan announced that they had nominated Vice President Leni Robredo as their presidential candidate for the May 2022 elections, surpassing other candidates in Moreno, Trillanes, Senators Manny Pacquiao and Panfilo Lacson.

Moreno appears to be all set about his presidential bid, as his team showed photos of him completing his certificate of candidacy for president, to be filed on Monday.  Lacson also showed intent to continue his candidacy.

READ: LOOK: Isko Moreno fills out COC for president, to file it on October 4

According to Carpio, they are expecting Robredo to respond soon to their nomination.

Robredo has not yet announced any decision on her political plans, saying before that she can either run for president, for a local post or retire from politics.

However, parties have still urged Robredo to discuss forming broader opposition coalition matters with Senator Manny Pacquiao and Manila Mayor Isko Moreno to have more chances against candidates the administration will field.

READ: With PH survival at stake, opposition must unite for its toughest campaign – Colmenares