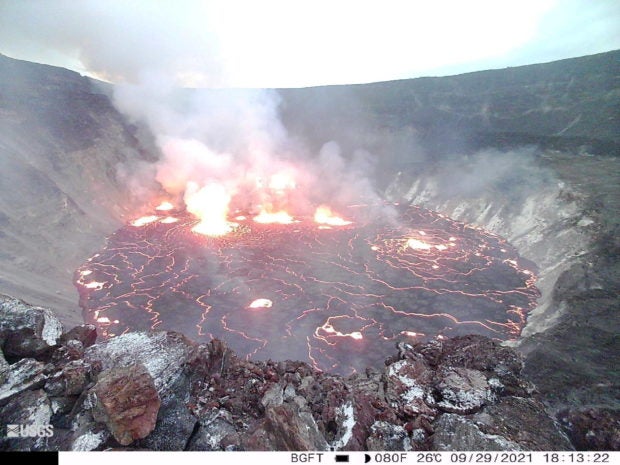 General view of lava surfacing on the Halema’uma’u crater of Kilauea volcano in Kilauea, Hawaii, U.S. September 29, 2021, in this still image provided by the USGS surveillance camera.  USGS/via REUTERS

Hawaii’s Kīlauea volcano was erupting in “full swing” late on Wednesday, the U.S. Geological Survey (USGS) said, with local media reporting that the eruption posed no immediate danger to residents.

“What was once a cooling lava lake is now a new fissure eruption,” USGS Volcanoes said in a tweet.

The latest alert level and color code imply that a hazardous eruption is “imminent, underway or suspected”, according to the USGS website.

The eruption was not in an area with homes and was fully contained within the Hawaiian Volcanoes National Park, Hawaii News Now reported, citing officials.