The Kilauea volcano on Hawaii’s Big Island erupted on Sunday night, according to an advisory from the U.S. Geological Survey, followed by an earthquake that struck at the volcano’s south flank.

Residents were urged to stay indoors as steam clouded the sky and ash fell. 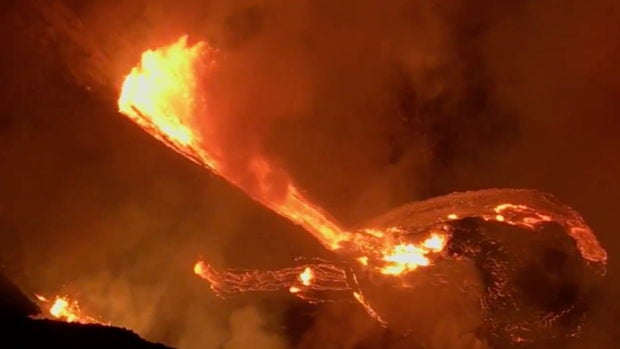 The Hawaiian Volcano Observatory (HVO) recorded an earthquake of magnitude 4.4 on the Richter Scale, its epicenter located beneath Kīlauea Volcano’s south flank, at 10:36 p.m. local time, according to the advisory.

It was the most activity seen at the volcano since 2018 when a string of earthquakes and explosive eruptions at the summit over several months forced evacuations. Hundreds of homes were destroyed in lava flows.

Sunday’s eruption was reported at the Halemaumau Crater of the Kilauea Volcano, the Hawaii county Civil Defense Agency said on Twitter early on Monday. The agency urged residents to stay indoors.

The eruption started with multiple fissures opening on the walls of Halemaumau crater, USGS said.

A picture from the USGS showed Kilauea’s summit illuminated by the hot lava with a plume of steam and gas bursting out of the volcano.