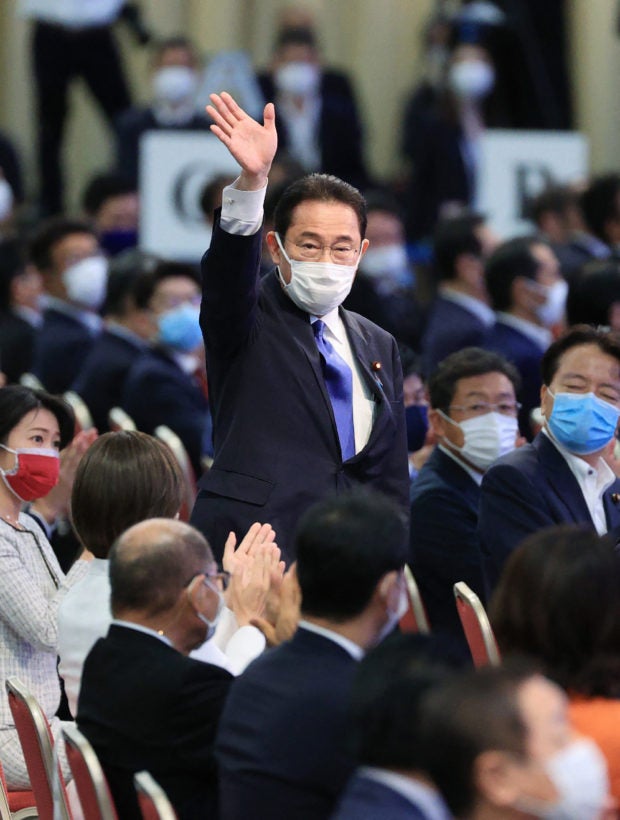 TOKYO — Japan’s next leader Fumio Kishida is a soft-spoken former foreign minister from a Hiroshima family of politicians, with a reputation of seeking the middle ground and a fondness for baseball.

It was second time lucky for the experienced politician: he lost out in 2020 to Yoshihide Suga, who is stepping down after just a year as prime minister.

Kishida is widely regarded as a safe pair of hands, despite a low-key presence that has sometimes been characterized as a lack of charisma.

He has pledged to spend big on new pandemic stimulus while vowing to tackle income inequality and move away from the neo-liberal economics that have dominated Japanese politics for the past two decades.

And seeking to set himself apart from the unpopular pandemic response of Suga’s government, he has emphasized the lessons learned from his failure to win the leadership last time around.

“I wasn’t good enough. I think I didn’t have enough conviction,” he admitted when he launched his campaign earlier this month.

“It’s different this time. I’m standing here with a strong conviction that I am the leader needed at this time.”

Kishida previously served as LDP policy chief and was foreign minister between 2012-17, during which he negotiated accords with Russia and South Korea, with whom Japan’s relations are often frosty.

He has called abolishing nuclear weapons “my life’s work”, and in 2016 helped bring then-US president Barack Obama to Hiroshima on a historic visit.

But despite his liberal reputation, he has been less direct than Kono on social hot-button issues like gay marriage.

Vaccine chief Kono said he backed same-sex marriage and called for it to be discussed in parliament.

Kishida, however, said he had “not reached the point for accepting same-sex marriage”, and took a softer stance than Kono on allowing married couples to keep separate surnames, another controversial issue.

Tobias Harris, senior fellow for Asia at the Center for American Progress, said Kishida had been “more flexible” than Kono, “certainly on foreign policy and security policy”.

“There are all sorts of things in his past that suggest that (Kishida’s) conservative leanings are stronger than maybe he appeared,” he added.

Following in the footsteps of his father and grandfather, Kishida entered politics in 1993, having previously worked at a bank as the Japanese economy boomed.

As a child, his family lived for several years in New York where he suffered racism at school, an experience he says gave him a strong sense of justice, according to Harris.

He is a big fan of the Hiroshima Carp baseball team, and is said to enjoy a drink — unlike Suga, who is teetotal — while his wife hails from a wealthy sake-brewing family.

A keen baseball player at school, Kishida failed three times to pass the law entrance exam for Tokyo University, much to his parents’ disappointment.

He studied instead at Waseda, a prestigious private university in the capital that he reportedly chose for its serious, non-pretentious atmosphere.

The father-of-three has touted his listening skills and says Japan’s public wants a “politics of generosity”.

He has invited voters to leave him messages in a suggestion box and carried a notebook to events in which to scribble down ideas from the public.

But he hasn’t always connected with the population and found himself roundly mocked during last year’s leadership vote when he posted an awkwardly posed picture on Twitter of his wife serving him dinner in an apron.