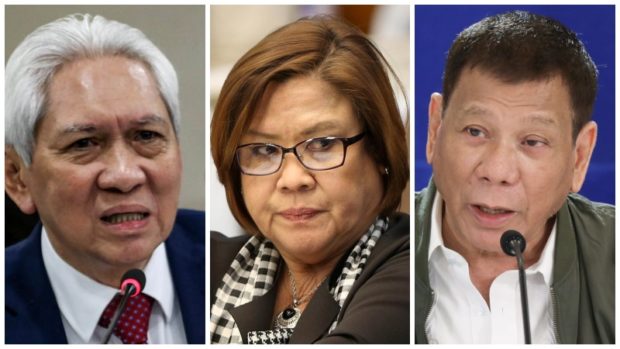 MANILA, Philippines — Opposition Senator Leila de Lima on Tuesday urged the Ombudsman to investigate what she dubbed the “Public-Private Sector Partnership for Plunder” of President Rodrigo Duterte and Pharmally Pharmaceutical Corp., a firm which faces a Senate probe over alleged overpricing of medical supplies.

(Just this time, I hope Ombudsman Martires will side with the public and not just purely protect Duterte’s SALN.)

“The Pharmally investigation has gone this far for us to discover that the crime did not only result in figuratively killing the people by way of plundering public funds during a pandemic, but also literally when expired face shields were delivered for the use of our healthcare workers,” she said.

“We should not stop until all those responsible for this plunder which cost lives are brought to justice. If only for this one time, we should not falter in seeking merciless retribution against these sociopaths at the PS-DBM and Pharmally who stole from our countrymen and killed our healthcare workers in the time of the COVID-19 pandemic,” she went on.

De Lima likewise mentioned that “there is no longer escaping the inevitable conclusion that PS-DBM and Pharmally conspired to plunder more than 10 billion pesos of the people’s money.”

According to de Lima, this alleged corruption only happens in a conspiracy, when government officials allow it, saying Duterte is the lawyer of those involved in the investigation.

“That is why the lawyer for Usec Lao, Michael Yang and the Pharmally executives is none other than President Duterte. He will not do this if he was not at the top of the chain of conspiracy,” she said, referring to former Budget Secretary Lloyd Christopher Lao and former presidential economic adviser Michael Yang.