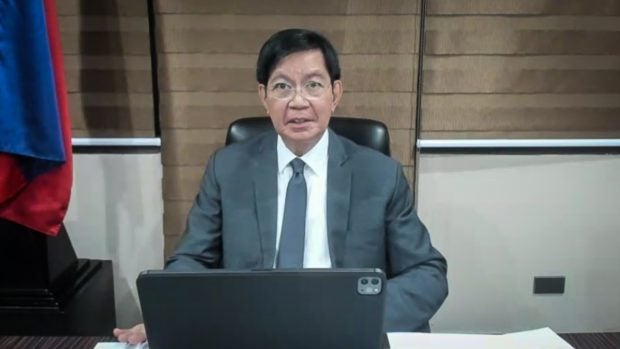 Sen. Panfilo Lacson during one of the online briefings of the Senate. Screen grab / Senate PRIB file photo

“And Sec. Manny Piñol, [we talked about] his intention to also run for the Senate under our ticket,” he added.

Lacson, who is running alongside vice presidential aspirant Senate President Vicente Sotto III, said their senatorial slate for next year’s elections is “almost firmed up.”

But he added that their list is still “tentative” until the filing of certificates of candidacies in October.

Aside from Tulfo and Piñol, Lacson said their slate will also likely include former Senator JV Ejercito, who recently declared his bid for a senatorial comeback in 2022.

“I was told Sen. JV has also confirmed to the Senate President that he will also run under our ticket,” Lacson said.

“But then, nothing will prevent them and we will not prevent them from being adopted by other political parties, if they so desire,” he added.

Gatchalian is said to be eyeing the vice presidency in next year’s elections.