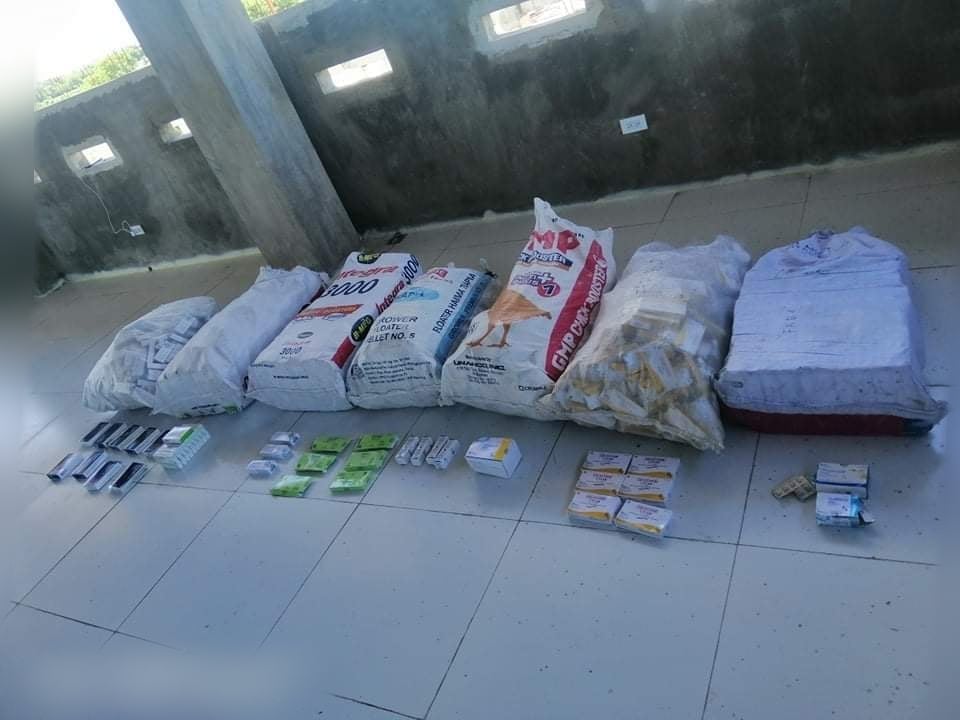 The sacks of antibiotics and other drugs seized from the suspect. (Photo from the Pampanga Police Provincial Office)

The Pampanga police identified the arrested suspect as Joy Simon, 47, a resident of Sasmuan town.

It said the suspect was arrested in a buy-bust operation on Sept. 23 in Sto. Cristo village in Guagua. Four sachets of suspected “shabu” (crystal meth) were allegedly confiscated from him.

Also seized were a sack of omeprazole and a sack of recombinant human erythropoietin ( rHuEPO).

According to the Food and Drug Administration and Monthly Index of Medical Specialties, omeprazole is used to treat an ulcer while rHuEPO is an anti-anemia hormonal agent.

The police said they also recovered from the suspect the marked peso bills used in the sting operation.

They said the suspect is facing charges for violating the Comprehensive Dangerous Drugs Act of 2002, the Special Law on Counterfeit Drugs, and the Philippine Pharmacy Act.