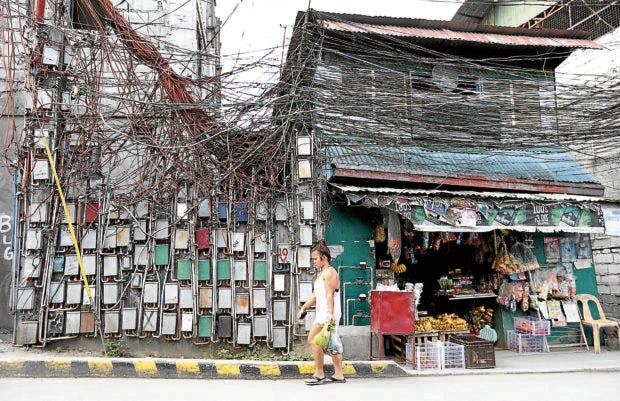 LANDLESS NO MORE A resident passes by a store in Payatas in Quezon City on Sunday. —FILE PHOTO

MANILA, Philippines — More than 1,500 families in Payatas can now own the land on which they have lived for 40 years after the Quezon City government formally acquired the 96,169 square meter land previously owned by the Land Bank of the Philippines.

Over the weekend, Quezon City Mayor Joy Belmonte and Landbank signed the deed of conditional sale of the said disputed land being claimed by the residents of Ramawil 9.6 Homeowners Association Inc.

This developed after the government was able to convince the bank to settle the property’s value at P209 million, or lower than Landbank’s offer of P257 million.

Following the acquisition, beneficiaries will then pay the city government for the land they are occupying through a direct sale program, at a cost of P3,000 per square meter.

Through the program, the city government will be able to award the land to 1,518 families.

The signing ends the residents’ 40-year fight for the land, which was levied by the bank to satisfy the judgment of the Pasig Regional Trial Court in 1981.

The acquisition was also made possible through City Resolution SP No. 8094-S-2020, which gave Belmonte the authority to acquire through negotiated sale the subject parcels of land.

Razul Janoras, the homeowners’ association president, thanked the city for giving them the chance to get security of tenure over the land. INQ