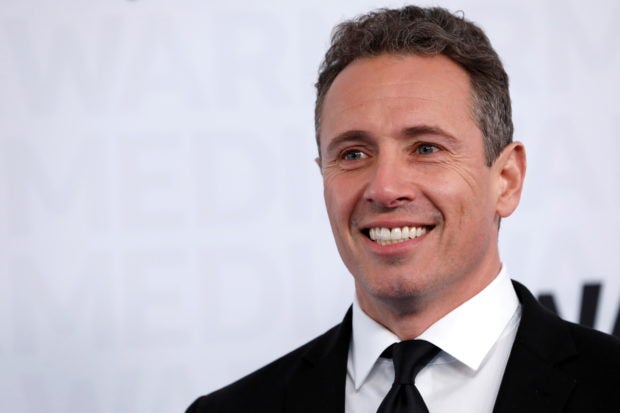 NEW YORK — A former ABC News executive accused CNN anchor Chris Cuomo of sexually harassing her, describing in an essay published on Friday in the New York Times how he grabbed her buttocks at a colleague’s farewell party in 2005.

Shelley Ross had been Cuomo’s boss when he worked at ABC, a role she had just left when Cuomo embraced her at the party in New York City, according to the essay.

“I can do this now that you’re no longer my boss,” Ross quotes Cuomo as telling her after he gripped her in a bear hug and moved one hand down to “firmly grab and squeeze the cheek of my buttock.” Ross wrote that she pushed him away, and Cuomo then noticed her husband was behind her, watching.

Earlier this year, Cuomo was forced to apologize to CNN viewers for giving advice to the staff of his brother, Andrew Cuomo, who at the time was facing calls to resign as governor of New York after multiple women accused the powerful politician of sexual harassment. Chris Cuomo said it was inappropriate for him to advise on the scandal while working as a CNN journalist.

In a statement, Cuomo acknowledged the 2005 episode with Ross, saying it was not sexual in nature.

“It happened 16 years ago in a public setting when she was a top executive at ABC,” Cuomo’s statement said. “I apologized to her then, and I meant it.”

He noted in the email that a Hollywood actor had recently been arrested for similar conduct, and apologized to her husband, writing that as a married man he could empathize with “not liking to see my wife patted as such…”

Ross wrote in her essay that she does not want Cuomo fired, but asked instead that he “journalistically repent” by devoting airtime to reporting on sexual harassment in workplaces.

Natalie Pahz, a CNN spokesperson, said the network had no comment beyond that issued by Cuomo.