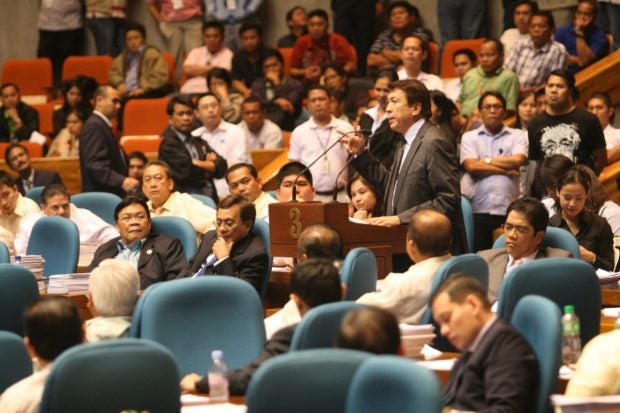 LAOAG CITY—The patriarch of the Fariñas clan in Ilocos Norte province said he would support Ferdinand “Bongbong” Marcos Jr. if he decides to run for president in the coming 2022 national elections.

In an interview with reporters here on Friday (Sept. 24), Rudy Fariñas, who formerly served as first district representative of Ilocos Norte, said he would back Bongbong’s candidacy as a fellow Ilocano who previously served as a long-term governor of Ilocos Norte.

Fariñas said he would boost Bongbong’s candidacy just as he did when the latter’s sister, Imee Marcos, ran for a senate seat in 2019.

On Friday, Bongbong was nominated by the Kilusang Bagong Lipunan (KBL) to be its standard-bearer in the May 2022 presidential race.

Fariñas, who retired from politics in 2019, said he had not distanced himself from supporting the bid of the Marcoses on national positions even amid intense rivalries between their families in the local political scene.

Fariñas’ daughter Ria, who is currently the first district representative of Ilocos Norte, is expected to run against Sandro Marcos, the eldest son of Bongbong, in the same position.

However, Fariñas believed that Bongbong should also prioritize his obligation to end political divisions and rivalries in his home province before offering his service to the country.

In 2015, the two political families had a falling out after the Marcoses dropped Fariñas from their “One Ilocos Norte” ticket.

The relationship became more strained when Fariñas, a majority leader at the House of Representatives, led a probe into the alleged misuse of Ilocos Norte funds in 2017.