DepEd, CHR to hold ‘summit’ on inclusion of martial law in curriculum 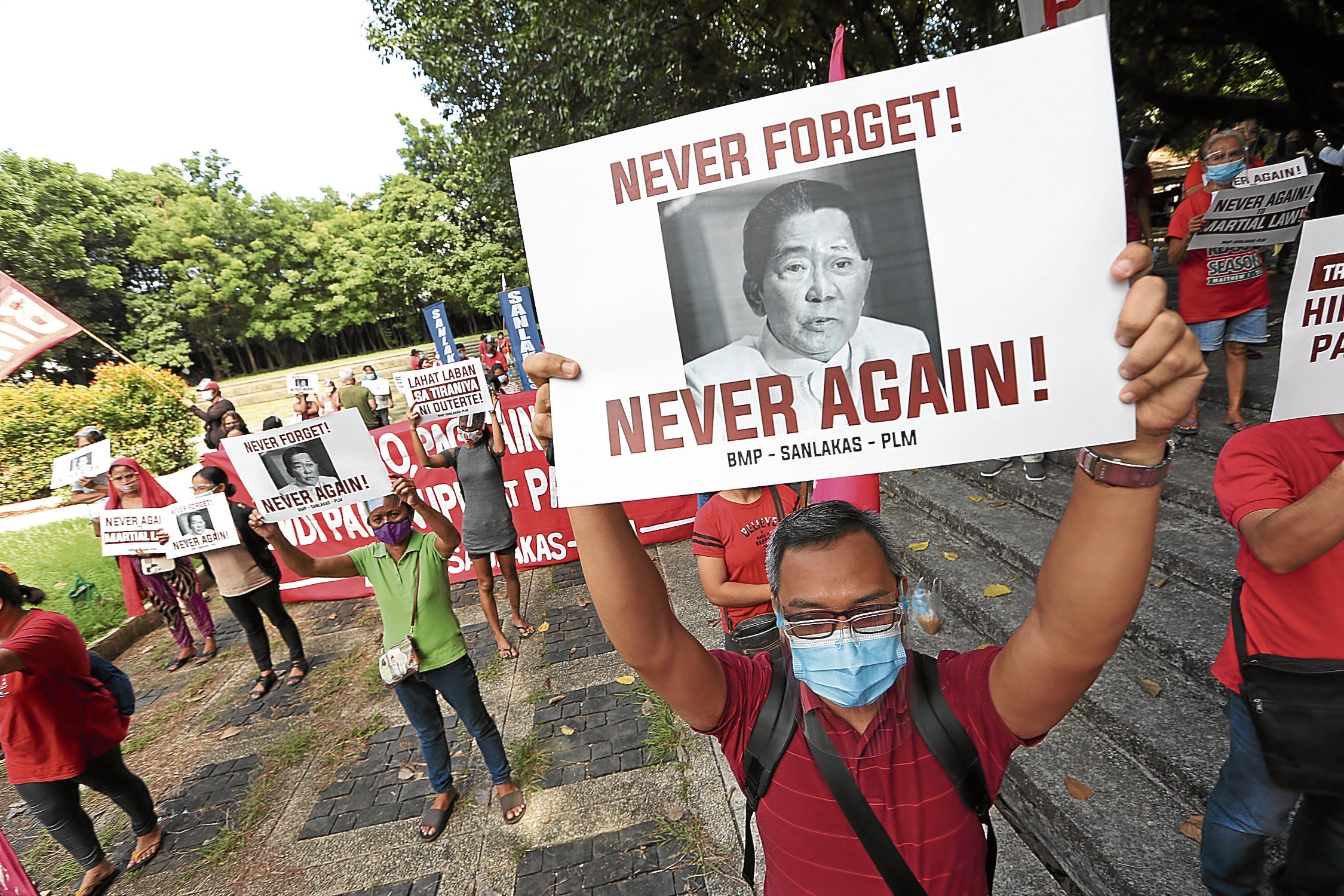 MANILA, Philippines — The Department of Education (DepEd) and the Commission on Human Rights (CHR) are set to hold a “summit” to discuss the proposed inclusion of the country’s martial law period in the school curriculum in January 2022.

This was disclosed Friday by Zamboanga del Norte 1st District Rep. Romeo Jalosjos who was sponsoring the budget of the CHR during the budget deliberations in the House of Representatives.

“The CHR is now in talks with the DepEd for the inculcation of human rights [and] lessons of martial law in the curriculum of the Deped,” Jalosjos said.

“There will be a summit to be sponsored by DepEd. The summit of the DepEd for the commission will be in January 2022 for the inclusion of martial law in our curriculum,” he added.

Aside from this, Jalosjos said the Human Rights Violation Victims Memorial Commission, an agency attached to the CHR, is also establishing a museum for human rights victims during the martial law era.

Jalosjos added that CHR is also working with Facebook and other social media platforms to fight misinformation online.

In 2020, a group of martial law survivors called on DepEd to review history books to ensure that they accurately depict the atrocities under then authoritarian President Ferdinand Marcos.

The Campaign Against the Return of the Marcoses and Martial Law (Carmma) said DepEd should resist pressure to rehabilitate the image of the late strongman after his son, Ferdinand “Bongbong” Marcos Jr., claimed that his family had been cleared of wrongdoing and that history textbooks should be revised accordingly.

According to the Human Rights Violation Victims Memorial Commission, 11,103 individuals had fallen victims to rights violations by the dictatorship.

The count, however, covered only those with approved claims for compensation from the Human Rights Reparation and Recognition Act of 2013.

Hand signal? We could have just met with Sotto sans Lacson, says Robredo