Colmenares to press ICC case vs Duterte with Senate run 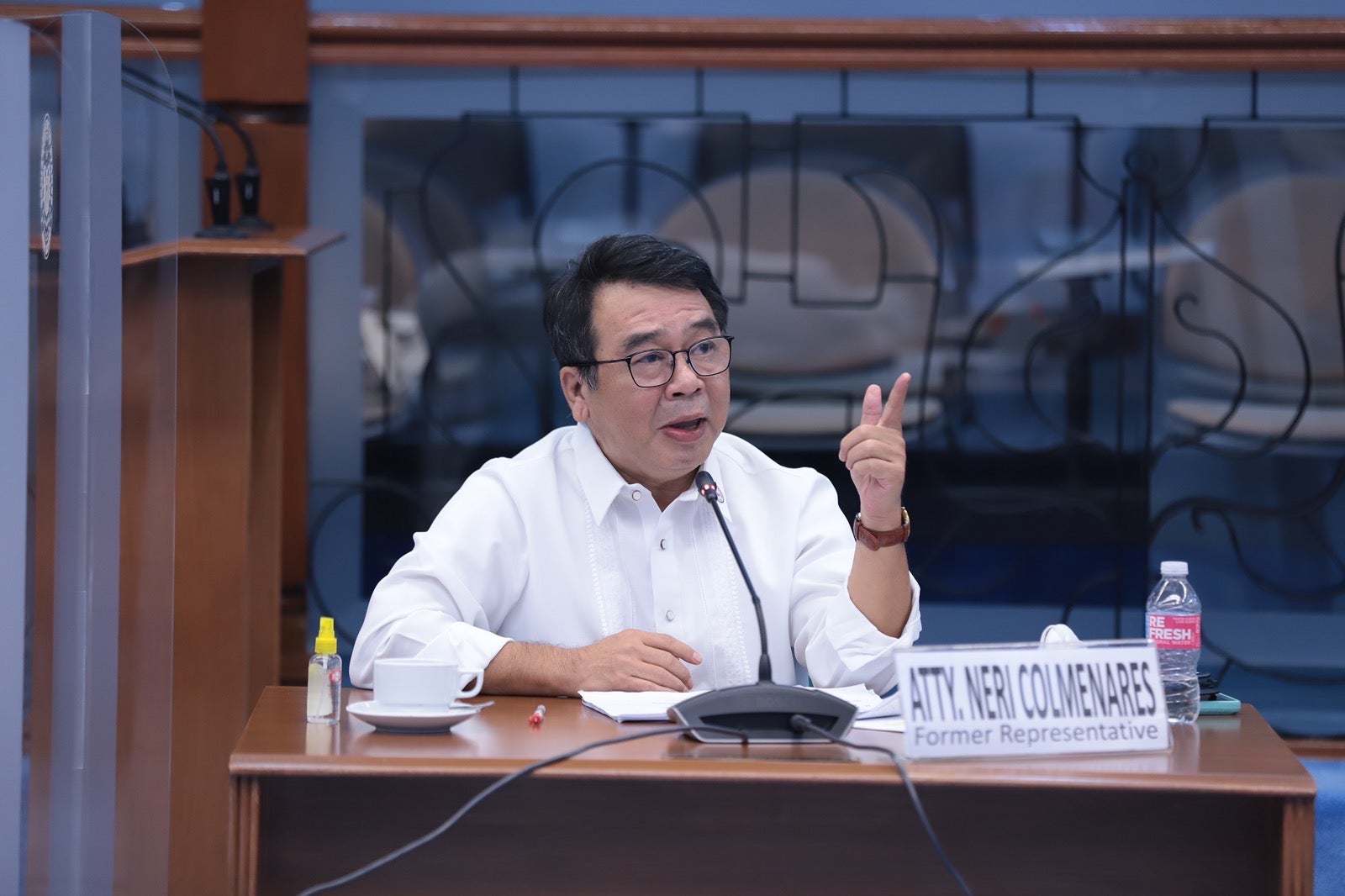 Human rights lawyer Neri Colmenares will continue to fight for the families of victims of President Duterte’s drug war before the International Criminal Court (ICC) even as he announced his intention to run for senator next year.

Colmenares, former chair of the activist party list group Bayan Muna, said he wanted to be the voice of the poor in the Senate, adding that he would push for the advocacies of the Makabayan bloc at the House of Representatives.

On Sept. 15, ICC judges approved a formal investigation into Duterte’s possible crimes against humanity during his “war on drugs.”

Judges’ assessment of material presented by prosecutors, was that “the so-called ‘war on drugs’ campaign cannot be seen as a legitimate law enforcement operation,” but rather amounted to a systematic attack on civilians.

In a July speech, Duterte himself lashed out at the court and said he would continue his fight against drugs.

“I have never denied [it], and the ICC can record it: Those who destroy my country—I will kill you,” he said.

The judges said that relevant crimes appeared to have continued even after the Philippines withdrew its membership in the ICC, but that the court was limited to investigating those suspected to have occurred while the Philippines was a member.

“I will run for a Senate seat in 2022 if only to deliver the sharpest message of critique to the candidate of President Duterte,” Colmenares said in a television interview.

This will be Colmenares’ third Senate bid after having run and lost in the 2016 and 2019 senatorial races.

He told the Inquirer that, if he wins, he would push for “radical reforms in the public health system to meet the challenges of the pandemic and chronic health crisis.”

“[I will] continue my anticorruption advocacy and relentlessly expose and oppose those who steal public funds in the midst of pandemic,” he said.