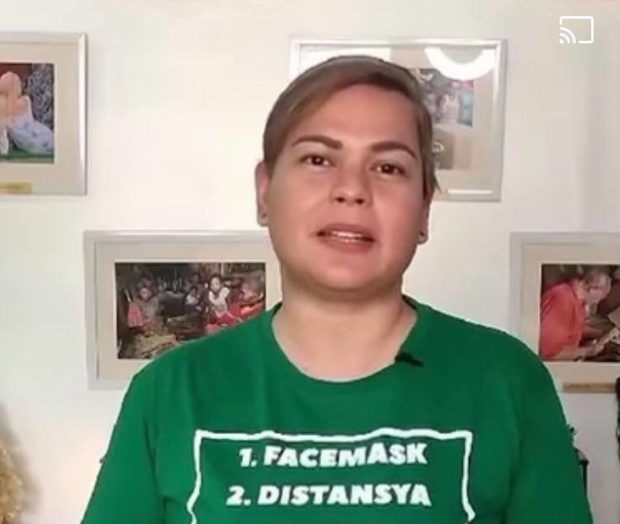 DAVAO CITY—A group supporting the call for Davao City Mayor Sara Duterte to run for President has launched here and in Cebu a nine-day Novena since yesterday.

In an advisory posted on the mayor’s official Facebook page, the Sara for President Movement said the intention of the Novena is to pray for the safety of all frontliners and the peaceful filing of certificates of candidacy (COC) by politicians aspiring for elective office in 2022.

Also to be prayed for is “the discernment of Mayor Inday Sara Duterte and President Rodrigo Roa Duterte.”

The Novena is set to end on Oct. 1, the first day of COC filing.

The mayor earlier ignored the call for her to run for President, citing the supposed vice presidential bid of her father, President Duterte. Mayor Duterte pointed to an agreement within the family that only one of them shall vie for a national post in 2022.

Groups calling for the mayor to run for the country’s top post, like the Hugpong Para Kay Sara, have urged President Duterte not to pursue his vice presidential bid so that the road is paved for his daughter’s presidential run.

The group’s chair, former Davao del Norte Gov. Anthony G. Del Rosario, who is also secretary general of the Hugpong ng Pagbabago (HNP) party, said they hope to gather at least 50,000 supporters for such a call.

If President Duterte is dissuaded from running in 2022, they will be back to their main challenge of convincing the mayor to give a shot at the presidency, Del Rosario said.

Organizers of the Novena called on those who will join to wear green, the favorite color of the mayor.

In Cebu, the event will be held at the Sto. Niño and Simala churches. The ninth day will be in Simala.

Mayor Duterte has announced lately that she and her brother Baste will seek reelection in 2022.

In a statement, she thanked the Ituloy ang Pagbabago Movement, which the HNP launched to encourage her to run for president.

(Wherever we are in this world, whatever position we are serving, let us unite in helping other people and loving the Philippines.)