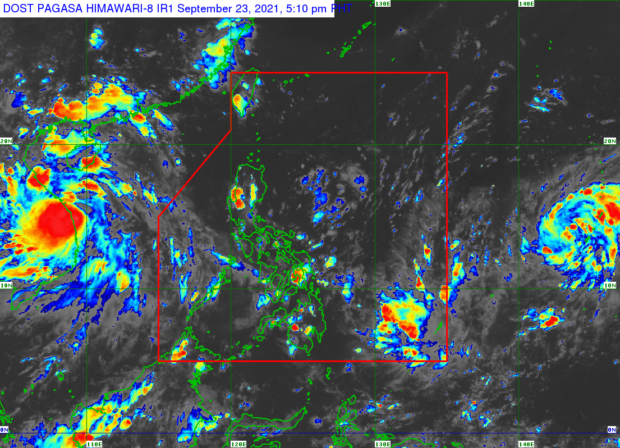 MANILA, Philippines — Generally fair weather is expected to prevail throughout the country on Friday, but rain should still be expected during the afternoon and evening, said the Philippine Atmospheric, Geophysical and Astronomical Services Administration (Pagasa).

(Manila as well as the rest of Luzon will continue to experience fair weather from morning to noon.)

(But from afternoon to night, there is a high chance of short-term rains due to localized thunderstorms.)

Meanwhile, Pagasa issued Thunderstorm Advisory No. 20 at 5:28 PM in which moderate to heavy rainshowers with lightning and strong winds are expected over the areas of Zambalez, Pampanga, and Quezon within the next two hours.

Fair weather will prevail over Visayas and Mindanao, as well as the forecasted rain from afternoon until evening — also caused by localized thunderstorms.

Pagasa also said that no gale warning is raised across the country’s coasts, as only slight to moderate sea conditions are expected in the Philippines’ surrounding seaboards.

Clauren said of the two is  tropical storm “Dianmu” (international name) which was last spotted 585 kilometers northwest of Pagasa Island, Palawan. The other one is a still unnamed storm spotted 2,070 km east of Visayas.

Both the tropical storms are not expected to enter PAR and affect the country in any way, according to Clauren.