US donates ‘anti-terrorism’ equipment to PNP 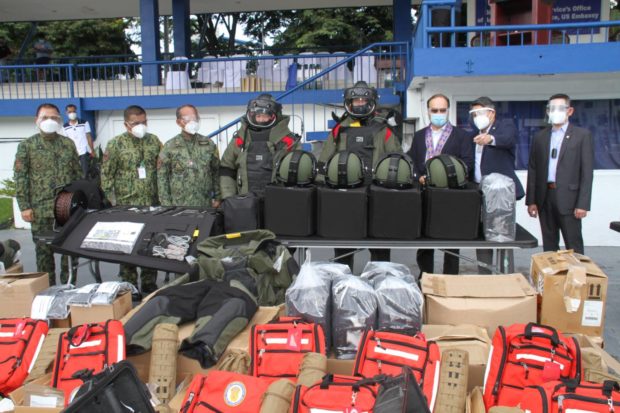 The US Embassy donated “anti-terrorism” equipment, as well as motor vehicles to the Philippine National Police in Camp Crame, Quezon City.

According to the PNP, the equipment was donated on September 22, at the PNP Grandstand in Camp Crame, Quezon City “to further assist the PNP in combatting  terrorism and improve security in the country.”

The PNP said the US Embassy turned over 18 sets of Cellebrite and 57 units of laptop computers to the Anti-CyberCrime Group (ACG). Meanwhile, four units of Ford Ranger; six units of Bomb Suits five units Logo Scanner and Veterinary Equipment (including Aircon and Clinic Renovation) were given to the Explosive Ordnance Disposal K9 Group.

“I would like to express our sincerest appreciation to the United States for yet another gesture of generosity and for unwavering support to the PNP. These police equipment will surely beef up the counter-terrorism capabilities of the PNP,” said PNP Logistics Director PMGen. Angelito Casimiro. 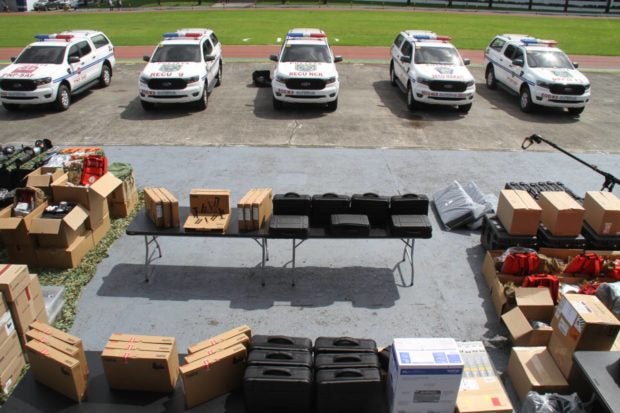 The US Embassy donated “anti-terrorism” equipment and motor vehicles to the Philippine National Police in Camp Crame, Quezon City.

“While the security and welfare of the people rely on the number of police officers in the field, we are also putting more teeth to better deliver efficient and effective police service across the country with the help of our stakeholders and partners like the US Embassy. Thus, this kind of gesture strengthens the capacity of every police officer by upgrading their equipment for effective police operations,” Casimiro added.The PNP said the donation was made through the Bureau of Diplomatic Security, Office of Anti-Terrorism Assistance.