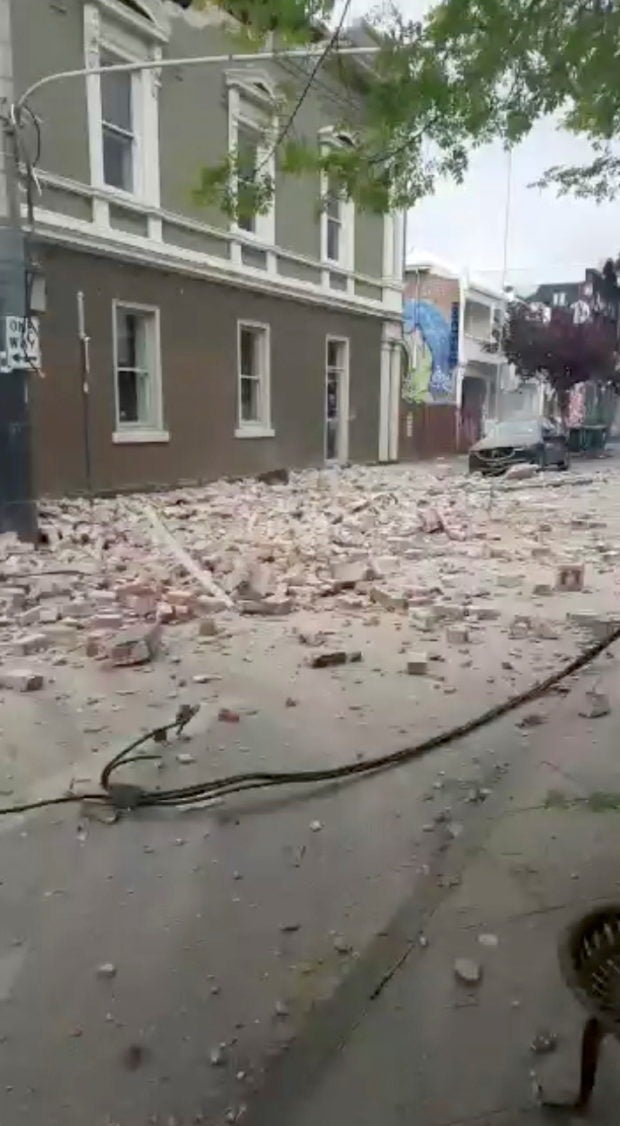 Debris are seen on a road in Prahran, after a magnitude 6.0 earthquake struck near Melbourne, Victoria, Australia, September 22, 2021, in this still image from video obtained via social media. Tom Robertson via REUTERS

SYDNEY/MELBOURNE — A magnitude 6.0 earthquake struck near Melbourne on Wednesday, Geoscience Australia said, one of the country’s biggest quakes on record, causing damage to buildings in the country’s second largest city and sending tremors throughout neighboring states.

The quake’s epicenter was near the rural town of Mansfield in the state of Victoria, about 200 km (124 miles) northeast of Melbourne, and was at a depth of 10 km (six miles). An aftershock was rated 4.0.

Images and video footage circulating on social media showed rubble blocking one of Melbourne’s main streets, while people in northern parts of the city said on social media they had lost power and others said they were evacuated from buildings.

More than half of Australia’s 25 million population lives in the southeast of the country from Adelaide to Melbourne to Sydney.

“We have had no reports of serious injuries, or worse, and that is very good news and we hope that good news will continue,” Prime Minister Scott Morrison told reporters in Washington.

“It can be a very disturbing event, an earthquake of this nature. They are very rare events in Australia and as a result, I am sure people would have been quite distressed and disturbed.”

Quakes are relatively unusual in Australia’s populated east due to its position in the middle of the Indo-Australian Tectonic Plate, according to Geoscience Australia. The quake on Wednesday measured higher than the country’s deadliest tremor, a 5.6 in Newcastle in 1989, which resulted in 13 deaths. 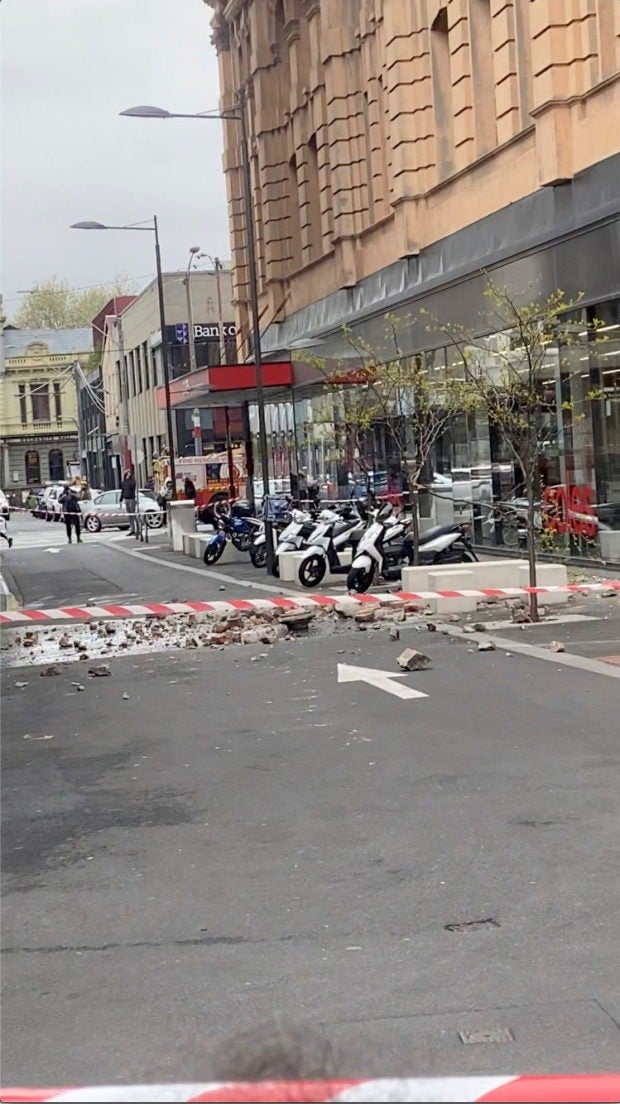 Debris from a damaged building are seen on a road in Prahran, after a magnitude 6.0 earthquake struck near Melbourne, Victoria, Australia, September 22, 2021, in this still image from video obtained via social media. Tom Robertson via REUTERS

The mayor of Mansfield, Mark Holcombe, said he was in his home office on his farm when the quake struck and ran outside for safety.

“I have been in earthquakes overseas before and it seemed to go on longer than I have experienced before,” Holcombe told the ABC. “The other thing that surprised me was how noisy it was. It was a real rumbling like a big truck going past.”

He knew of no serious damage near the quake epicenter, although some residents reported problems with telecommunications.

No tsunami threat was issued to the Australian mainland, islands or territories, the country’s Bureau of Meteorology said in a statement.

The quake presented a potential disruption for anti-lockdown protests expected in Melbourne on Wednesday, which would be the third day of unrest that has reached increasing levels of violence and police response.