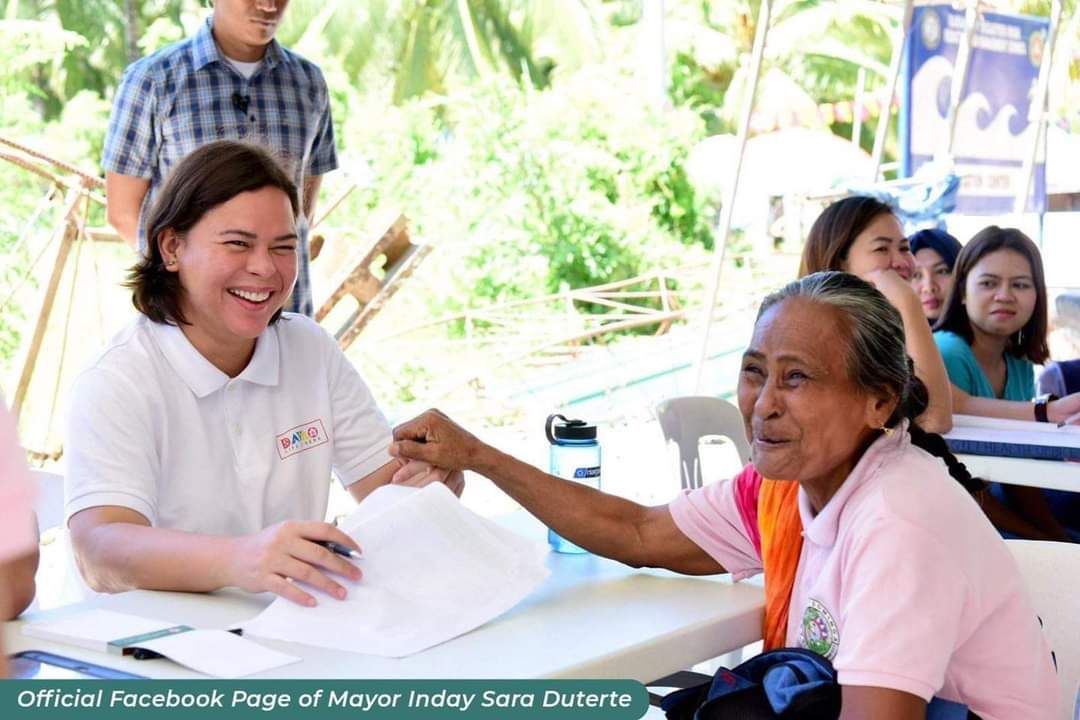 MANILA, Philippines — Davao City Mayor Sara Duterte should just run for President in the 2022 national elections, instead of waiting for her father, President Rodrigo Roa Duterte to reconsider his vice presidential plans.

This was articulated by the President’s own adviser on political affairs, Secretary Jacinto Paras, who pointed out that  in the hierarchy of values, “the need of the country and the clamor of the people for the best leader possible,  takes precedence over any family commitment that only one Duterte can run for national office.”

Paras, a three-term Congressman, explained that in the hierarchy of values, “what comes first is God, country, then family.”

“If you go into politics, your service is to the nation, to your people,” he said. “Now if you get increasing leads in all surveys, it’s clear what the people want. In this case, they want leader who can continue the good projects of her predecessor and lead the country to recovery.”

“One cannot choose the niceties of a family agreement over this higher calling,” added the former Mayor of Negros Oriental town who is known to have a close relationship with the President.

Paras went on to suggest that  once President Duterte sees that the country will be in good hands, that is, there will be a continuity of his successful programs, “he will possibly withdraw on his own, and let Mayor Duterte pick her own running mate for next year’s polls.”

“I’m not afraid to lose my job,” Paras declared. “But I’m being frank because I know the President. He is just concerned  about the country’s future, and the legacy he will leave especially when it comes to his unfinished programs. Once he sees his daughter is serious about leading the country, he may have a change of  mindset.”

Mayor Duterte announced that she would no longer consider the presidency after her father accepted his nomination as the vice-presidential candidate of PDP-Laban.

The Davao City chief executive has consistently led the list of Filipinos’ top bets for President in all independent surveys conducted so far, cited a supposed agreement in their family that only one of them can run for a national post in next year’s polls.

Paras said he recently joined the Hugpong Para kay Sara” (HPS), a citizen’s movement which aims to persuade Mayor Duterte to throw her hat into the presidential derby.

“I also believe that Mayor Duterte is the best person to succeed her father,” he explained. “I am joining the clamor to have Mayor Sara run because among the other candidates, she has the most experience running an executive office, and is most diligent and righteous for the post.”

“Ang tagal na niyang Mayor and has consistently shown that she can run a government efficiently compared to the others,” he added.

“I understand where Mayor Sara is coming from: may usapan na sila ng Pangulo…but that’s within the family,” Paras said.