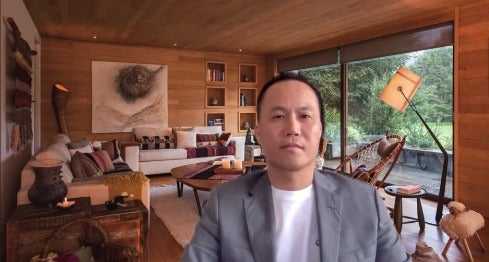 Yang showed up at the resumption of the Senate blue ribbon committee’s investigation on Tuesday. He was accompanied by his interpreter.

The Chinese businessman is currently on the immigration bureau’s lookout bulletin as earlier requested by the Senate panel after he skipped the hearing last Sept. 8.

Senators are investigating the government’s transactions with foreign-led Pharmally Pharmaceuticals Corp., which was awarded over P8.6 billion worth of supply contracts for medical supplies in 2020 despite being only several months old and having just P625,000 in paid-up capital.

During one of the hearings, Pharmally president Huang Tzu Yen admitted that his firm borrowed money from Yang to help them fulfill some of the government’s orders last year.

In a House of Representatives hearing Monday, Yang insisted that it was his friends, not him, who funded Pharmally in some of its contracts with the government.