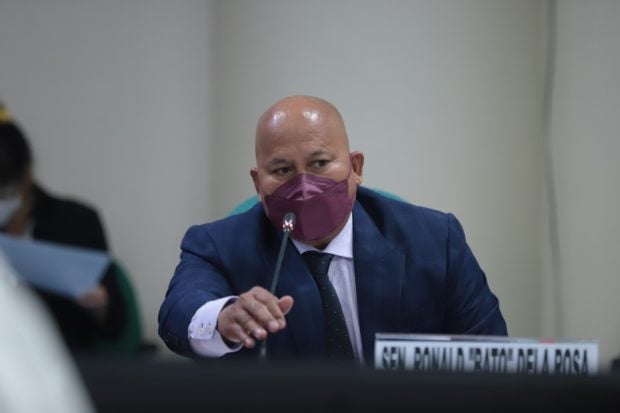 The chair of the Commission on Human Rights (CHR) gave the ironic reminder on Monday to a death penalty advocate, Sen. Ronald “Bato” dela Rosa, the former police chief who, along with President Rodrigo Duterte, is now under investigation by the Hague tribunal on charges of crimes against humanity in the war on drugs.

In response, the senator said he also didn’t want to be “incarcerated forever.”

The ICC recently announced that it was opening a formal inquiry into the Duterte administration’s drug war after several petitioners accused the President and his subordinates, including Dela Rosa, who used to direct the bloody campaign as the chief of the Philippine National Police, of being responsible for the death of thousands of drug suspects.

“I am just expressing my sentiment to you,” Dela Rosa told Gascon who presented CHR’s proposed P867-million budget in 2022 to the Senate panel.

“We don’t want to be tried by a foreign court. I’d rather die here. Worse comes to worst, I can die by firing squad. I’m okay with getting tried by a Filipino court, because they know what’s happening here. But not a foreign court,” Dela Rosa said.

He added that he hoped the ICC investigation would not be one-sided and biased toward his accusers.

Gascon told the senator that the ICC was not a foreign court but an international tribunal, of which the Philippines used to be a member as a signatory of the Rome Statute until Duterte unilaterally ordered the country’s withdrawal from the body, which took effect in March 2019.

In Malacañang, presidential spokesperson Harry Roque said the government would not allow ICC investigators and staff to enter the country.

“No, we won’t, because we are a sovereign and free nation. It’s only the Philippine [government], which can investigate crimes occurring in its territory now that we are no longer part of the Rome Statute [which established] the ICC,” he said.