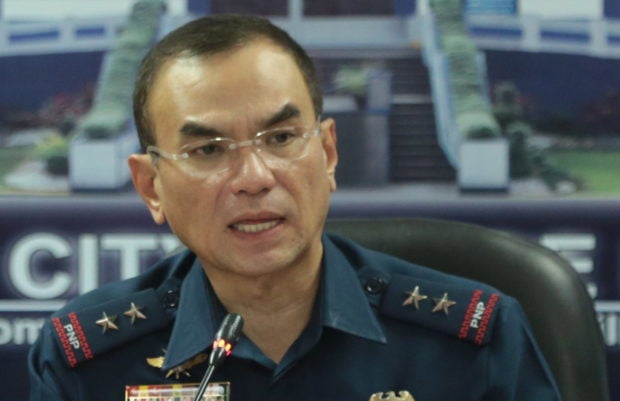 Eleazar, who is from Tagkawayan town, will retire as PNP chief on Nov. 13, when he reaches the age of 56.

“Should we allow his retirement to end his good works and noble intention for the Filipino people?” Tito Ojeda, an icon in the broadcast industry in Southern Tagalog, asked in his program over 88.7 DCG FM aired from this city at 8 a.m.

“The movement will challenge and convince General Eleazar to run for senator. He is best suited for the position,” Ojeda said.

He said they initiated the movement in response to numerous calls and text messages that the radio program has been receiving for Eleazar to join the election as a senatorial candidate.

He explained that should Eleazar accept the call and join the senatorial race, “he can still do it after his retirement via substitution.”

The Commission on Elections has scheduled Nov. 15 as the last day for filing of certificates of candidacy by a substitute if the original party candidate has withdrawn or died, or disqualified.

Ojeda, former mayor of Mulanay, Quezon, and former president of the Quezon mayors league, explained that before the launch of the movement initiated by multi-sectoral representatives, Eleazar had no prior knowledge of its existence.

“It is not right to inform him of this movement before the launching. But we will eventually ask him, and appeal to him, to accept the challenge of the Filipino people,” Ojeda, lead convenor of the movement, further explained.

When sought for comment, Eleazar replied in a text message: “I have no comment. I am concentrating on my job [as PNP chief]. I don’t want to be distracted. Thanks.”

In July, Eleazar declared that he did not want to be distracted by politics while doing his job as chief of the 220,000-strong police force.

“Let me do my job, please don’t put color to what I am doing,” he said.

Eleazar said all he wanted was “to have a rest and to be with my family” after retirement.

But, the police chief still thanked the groups pushing for his senatorial run.

Ojeda invited anyone to declare support to the movement and send their appeal to Eleazar to accept the challenge by texting their names and addresses to mobile phone number 09478871360.

He said the movement would also launch an online signature campaign and widespread distribution of registration forms.

Ojeda himself recorded a 4-minute manifesto calling for Eleazar to run for senator. The recording had been uploaded on YouTube.

The movement is based in DCG Radio-TV Network main studio at Maharlika Highway in Barangay Isabang in Tayabas City.