Villar, Pacquiao still the only billionaires in Senate 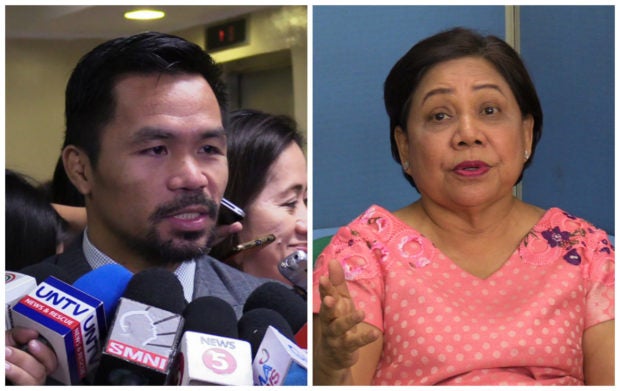 MANILA, Philippines — Senators Cynthia Villar and Manny Pacquiao remain the only billionaires in the Senate, their latest statement of assets, liabilities and net worth (SALN) showed.

According to a summary of SALNs released through the Senate website, Villar continues to be the richest among senators, with a net worth amounting to over P3.87 billion as of December 31, 2020.

Meanwhile, Pacquiao has a net worth of over P3.18 billion.

Among members of the upper chamber, Senator Leila de Lima has the lowest net worth at over P9.5 million, which is higher than her P8.3-million net worth in 2019.

Other senators’ net worth

With a net worth of over P581.07 million, Senator Ralph Recto ranks third on the list of richest senators.

He is followed by Senate Majority Leader Juan Miguel Zubiri, who has a declared wealth of more than P220.7 million.

Below is the ranking of the senators based on their declared net worth as of December 31, 2020:

Here is the complete summary of the senator’s SALNs: 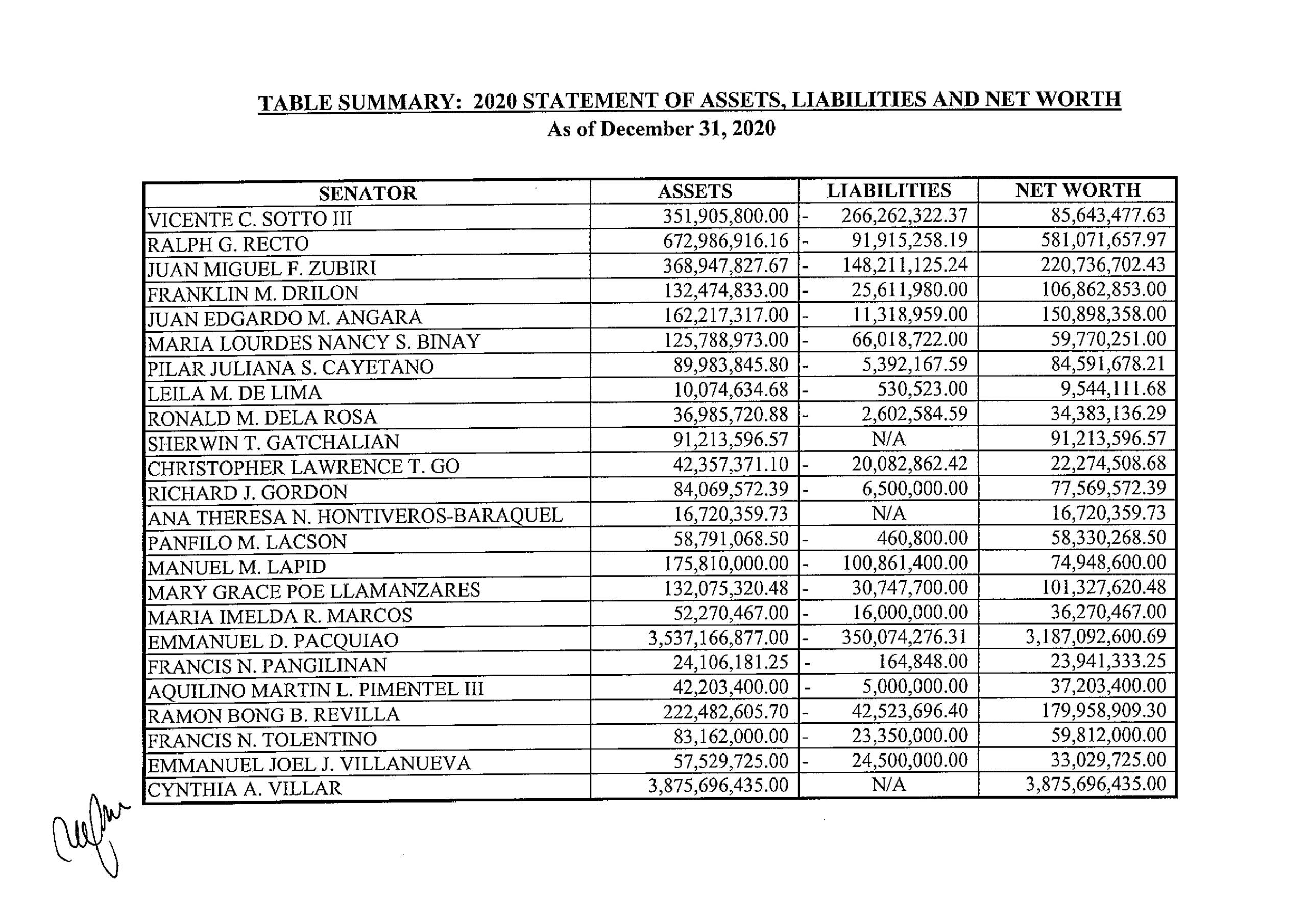