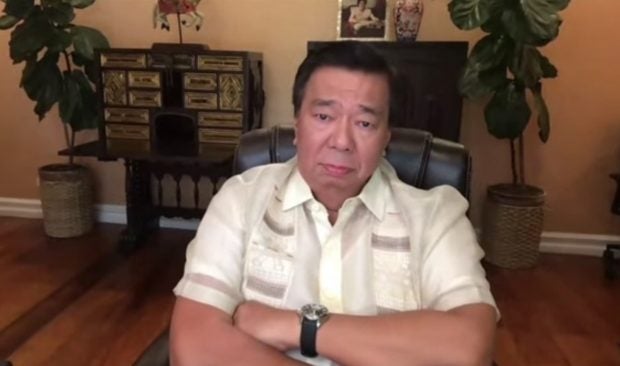 MANILA, Philippines — Senate Minority Leader Franklin Drilon wants a copy of the income tax records of three top officials of Pharmally Pharmaceutical Corp. before and after they acquired millions-worth of luxury cars.

(I am asking for their income tax returns from 2019 to 2020 so we can determine if they really have the capability to acquire these cars, which in my estimation, is worth a total of P60 million.)

(If Pharmally had no income in 2019, how can they have purchased vehicles worth over P60 million?) 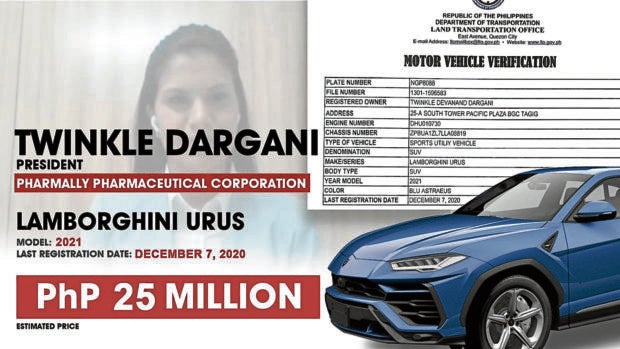 Drilon said Pharmally had “zero” income in 2019 but after bagging over P8.6 billion in government contracts to supply medical supplies in 2020, the firm’s income soared to nearly P400 million.

During Friday’s Senate blue ribbon committee hearing, it was disclosed that three Pharmally officials acquired a total of at least four luxury vehicles less than a year after the firm bagged over P8.6 billion worth of government contracts in 2020.

Drilon, meanwhile, called on the Commission on Audit (COA) to conduct a “fraud audit” of the government deals awarded to Pharmally.

(I am asking COA to conduct a fraud audit because we see fraud committed by the DBM-PS and because what COA previously did was a regular annual audit. It was not scrutinized thoroughly.)

According to the senator, the findings of the Senate blue ribbon so far are enough “justification” for COA to conduct a “fraud audit.”

The Ombudsman, Drilon added, should proceed with an investigation  while the Senate continues its own probe on the matter.

Pharmally has been under the scrutiny of the Senate blue ribbon committee, which is looking into the government’s pandemic purchases in 2020.

It was previously disclosed that Pharmally had borrowed money from former presidential adviser Michael Yang to help them fulfill some of the government’s orders last year.

This, senators said, was an indication that Pharmally had no financial capacity to be given these procurement contracts.

Yang, for his part, maintained he has no ties with the firm and only introduced them to Chinese suppliers.

Pharmally chairman and president Huang Tzu Yen had also denied that they were favored in any way in the government’s procurement of medical supplies in 2020, saying the small company has been “unfairly prejudged.”