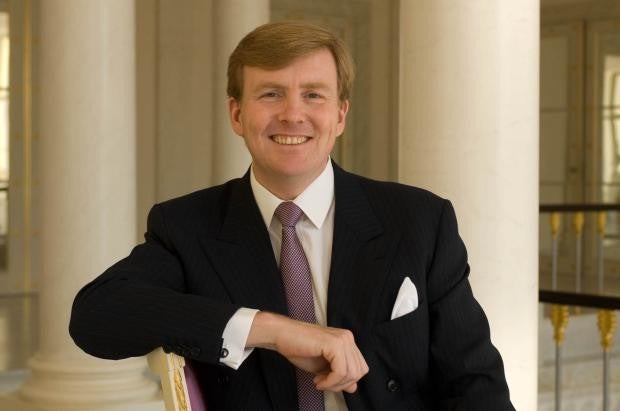 AMSTERDAM — A monument listing 102,163 Dutch victims of the Holocaust was unveiled by King Willem-Alexander in Amsterdam on Sunday, the first national memorial to be built in the Netherlands.

The monument, designed by Daniel Libeskind, 75, who lost relatives in the Holocaust, lies in the center of the Dutch capital and is a labyrinth of brick walls that, when seen from above, form Hebrew letters reading “in remembrance”.

Each stone carries the name of a Jew, Roma or Sinti who was deported from the Netherlands and who died in Nazi concentration camps during World War II. It is the first memorial to commemorate all the victims from across the Netherlands in one place.

“It gives the feeling that they really existed,” said Hetty de Roode, a Jew whose parents, brother, and sister all died in the camps. De Roode, who attended the unveiling, survived by hiding with a family in the north of the Netherlands.

Most of the Jewish population in the Netherlands was deported during the German occupation.

“It’s a black page in the history of our country,” Prime Minister Mark Rutte said. “It forces us to question whether more should have been done to prevent it and to realize that even these days anti-Semitism is never far away.”

Libeskind, who also oversaw the masterplan for the Ground Zero memorial in New York, said it was overwhelming to see his design unveiled in the Dutch capital and added: “It’s a warning to us all what can happen in so-called civilized societies.”

Construction of the memorial faced years of delays, amid disputes about where it should be built, the cost, and the design. The 15 million euro ($17.5 million) monument was funded by private donations and Amsterdam and other municipalities.