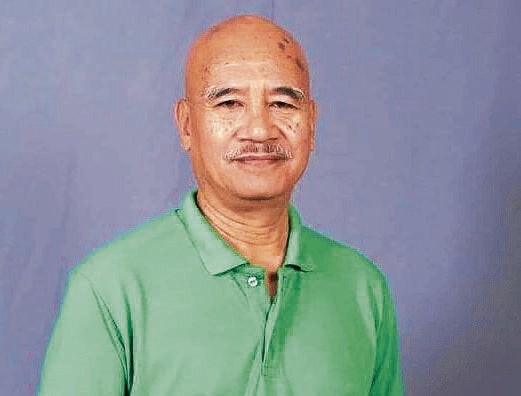 KORONADAL CITY—Another lawyer known for his defense of human rights and the poor was gunned down in Surallah town, South Cotabato province, on Wednesday afternoon, police and local officials said.

Lawyer Juan Macababbad was opening the gate of his house in Barangay Poblacion at past 5 p.m. when he was shot by unidentified gunmen on motorcycles, Surallah Mayor Antonio Bendita said, quoting initial reports from the police.

Police said the men stopped in front of Macababbad’s house and called out his name. As the lawyer was opening his compound’s gate, the men shot him, hitting him in the head and body.

Macababbad, 68, died while he was being taken by his neighbors to the town’s Javelosa Hospital.

Police Col. Jemuel Siason, South Cotabato provincial police director, told a local radio station that investigators in Surallah had identified persons of interest in the case although they were yet to establish a likely motive for the attack.

Siason said investigators found five empty cartridges and a deformed slug of a .45-caliber pistol, and a sachet of “crystalline substance” at the crime scene.

NUPL said Macababbad was the third member of the group killed under the Duterte administration.

More than 60 lawyers, prosecutors and judges have been killed in the five years that President Duterte has been in office, according to lawyers’ groups.

Last month, human rights lawyer Rex Fernandez, another NUPL member, was shot dead in an ambush in Cebu City. On July 14 this year, lawyer Sitti Gilda Mahinay-Sapie and her husband, Muhaimen Mohammad Sapie, were gunned down outside their house in Davao City.Prior to his death, Macababbad received death threats for his work in Mindanao, according to Kalikasan People’s Network for the Environment.

Kalikasan said Macababbad was sued with a strategic lawsuit against public participation in 2015, after local movements barricaded the aerial spraying facilities of a banana plantation. He also opposed applications for coal mining in the Daguma mountain range.

“Impunity for crimes against lawyers and environmental defenders remains shockingly high,” said Leon Dulce, Kalikasan’s national coordinator. “This is especially alarming since people like Attorney Macababbad are crucial to combat the climate crisis and biodiversity loss.”

Rights group Karapatan said Macababbad also joined several fact-finding missions on the massacre of indigenous peoples in Lake Sebu in 2018. He also served as legal counsel of the “lumad.”

“It is clear that the murder of Attorney Macababbad is connected to his vocation of lawyering for the people,” said UPLM chair Antonio Azarcon. “The climate of impunity pervades with the lack of serious investigation and prosecution over thousands of extrajudicial killings in the country.”

“The climate of impunity is growing berserk in the country while President Duterte goes all out in attacking his critics but defending mightily his allies and cronies,” Zarate said.

“[Macababbad], we believe, is a victim of extrajudicial killing due to his human rights lawyering and [his] firm stand for the oppressed,” Zarate said.

“Aside from being the chairperson of the Soccsksargen chapter of UPLM, he was also an active member of Bayan Muna and even ran previously for vice mayor in his town,” Zarate said, referring to the 2019 elections when Macababbad ran for vice mayor and lost.

“We will not stop until justice is served not only for Attorney Juan but for the thousands killed and oppressed under the Duterte administration’s bloody reign,” Zarate said.

Lawyer Remigio Rojas, president of the Integrated Bar of the Philippines General Santos chapter, urged the police to dig deeper and deliver justice to the slain colleague.

Rojas, however, said it was still too early to tag Macababbad’s killing as part of the extrajudicial killings happening in the country.

“It is early to say that, though that’s easy to conclude because he has been involved in people’s lawyering, he’s been affiliated with the UPLM and NUPL but to make that conclusion is too early right now,” he said.

Rojas added: “We have been meeting with the police about the case and … we expect a breakthrough.”

He said that the police learned about the death threats that Macababbad had received days before his death. He said police would request court records to find out about a particular case in which Macababbad had manifested his intention to withdraw from because of threats that he reportedly received.

But Rojas noted that the lawyer’s wife did not mention to him any death threat that her husband might have received.

Macababbad, a native of Tuguegarao City in Cagayan province, had entered seminary when he was young and became a priest, which later brought him to the Diocese of Marbel in Koronadal City.

There, he taught at Notre Dame of Marbel College, where he met the student who later led to his decision to leave the priesthood and marry. She became his wife.

After marriage, he studied law. He became involved in peace and justice advocacies and other activities of the Marbel Diocese’s social action center and continued such engagement when he became a lawyer.