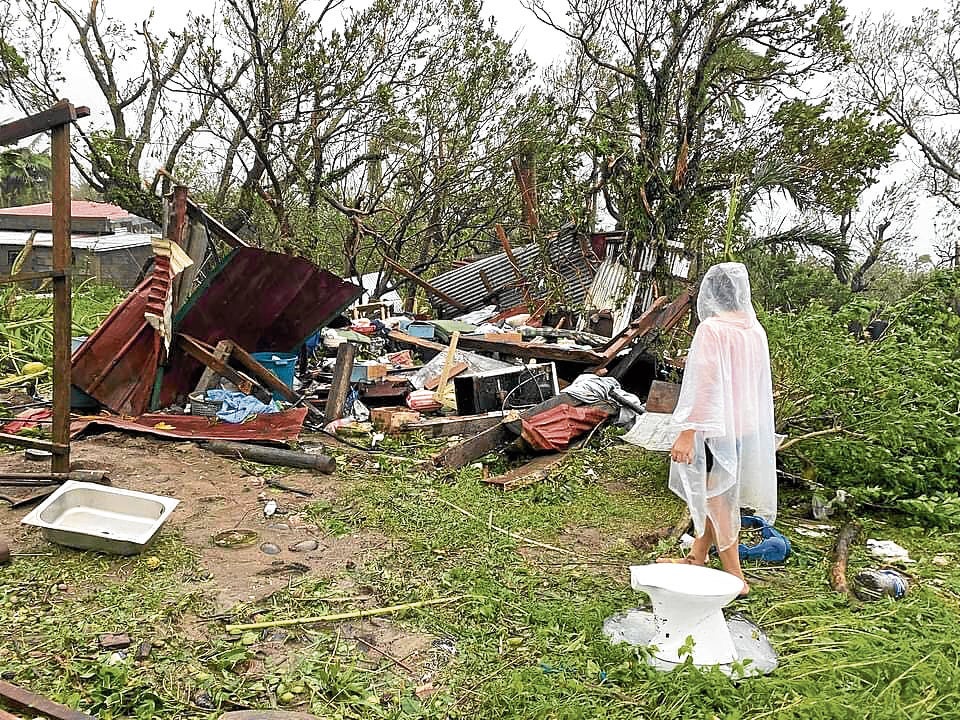 PICKING UP THE PIECES This scene of devastation in a neighborhood in Basco, Batanes, is repeated in communities in the capital town after Typhoon “Kiko” (international name: Chanthu) pummeled the province last week. Construction materials and food are needed to help Ivatan families recover from the impact of the typhoon. —PHOTO COURTESY OF OPAL BALA

The Catholic Church in Batanes has appealed for help so residents of the island province in northern Luzon can rebuild their homes and get up on their feet following the devastation from Typhoon “Kiko” (international name: Chanthu) last week.

Bishop Danilo Ulep of the Prelature of Batanes on Thursday said several houses, especially those made of light materials, were “literally blown away [and] many buildings have also sustained damage” when the typhoon swept through the province on Sept. 11.Ulep said even the convent of the parish in Ivana town and the province’s only Catholic college, St. Dominic, were not spared.

“Despite this calamity, we remain undaunted … With your support, we know that we can get back on our feet and move on with our life after this yet another trial,” Ulep said in a statement.

The provincial government, meanwhile, also appealed for help for the northernmost province that has since been placed under a state of calamity.

The local government, on its Facebook page, encouraged people to donate housing materials, rice and other food supplies through a Philippine Navy ship that would begin loading goods on Sept. 19. The Navy vessel would deliver the supplies to the island from Sangley Point in Cavite province.